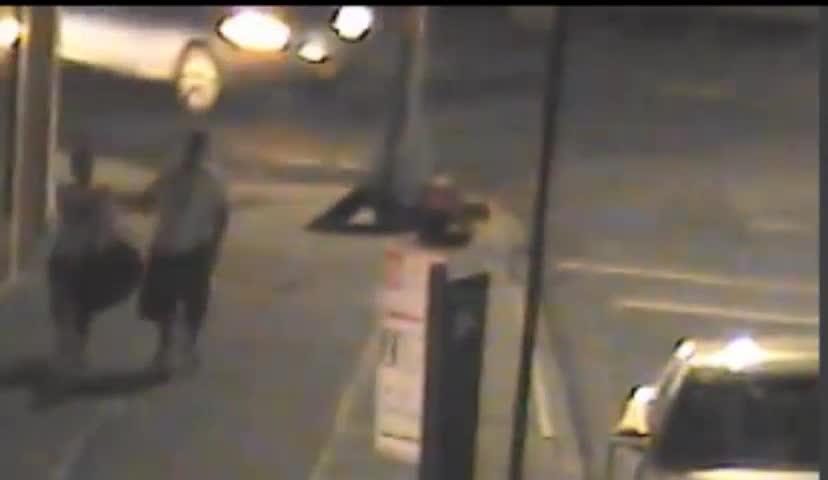 BRIARWOOD, Queens – Police are looking for a man accused of punching a 64-year-old man who died hours later after the apparent unprovoked attack in June.

Surveillance video released by the NYPD Wednesday showed an unknown male approaching Patrick Gorman, 64, on the southeast corner of Main Street and Queens Boulevard on June 26 around midnight when he struck him in the head with a closed fist, causing the him to fall to the ground. The individual and a female were seen calmly walking away as the victim in background clutched his head in pain, the footage showed.

No word on what exactly led to the attack.

EMS responded to the scene and took Gorman to a local hospital before he was pronounced dead, police said.

The attacker is about 30 to 35 years old, with short black hair. He was last seen wearing a white T-shirt, black shorts, sneakers and holding a black bag.

The woman, who walked behind the culprit and ignored the incident, has short hair. She was last seen with a white T-shirt, blue jeans and sandals.

The medical examiner has not yet ruled the cause of Gorman's death.