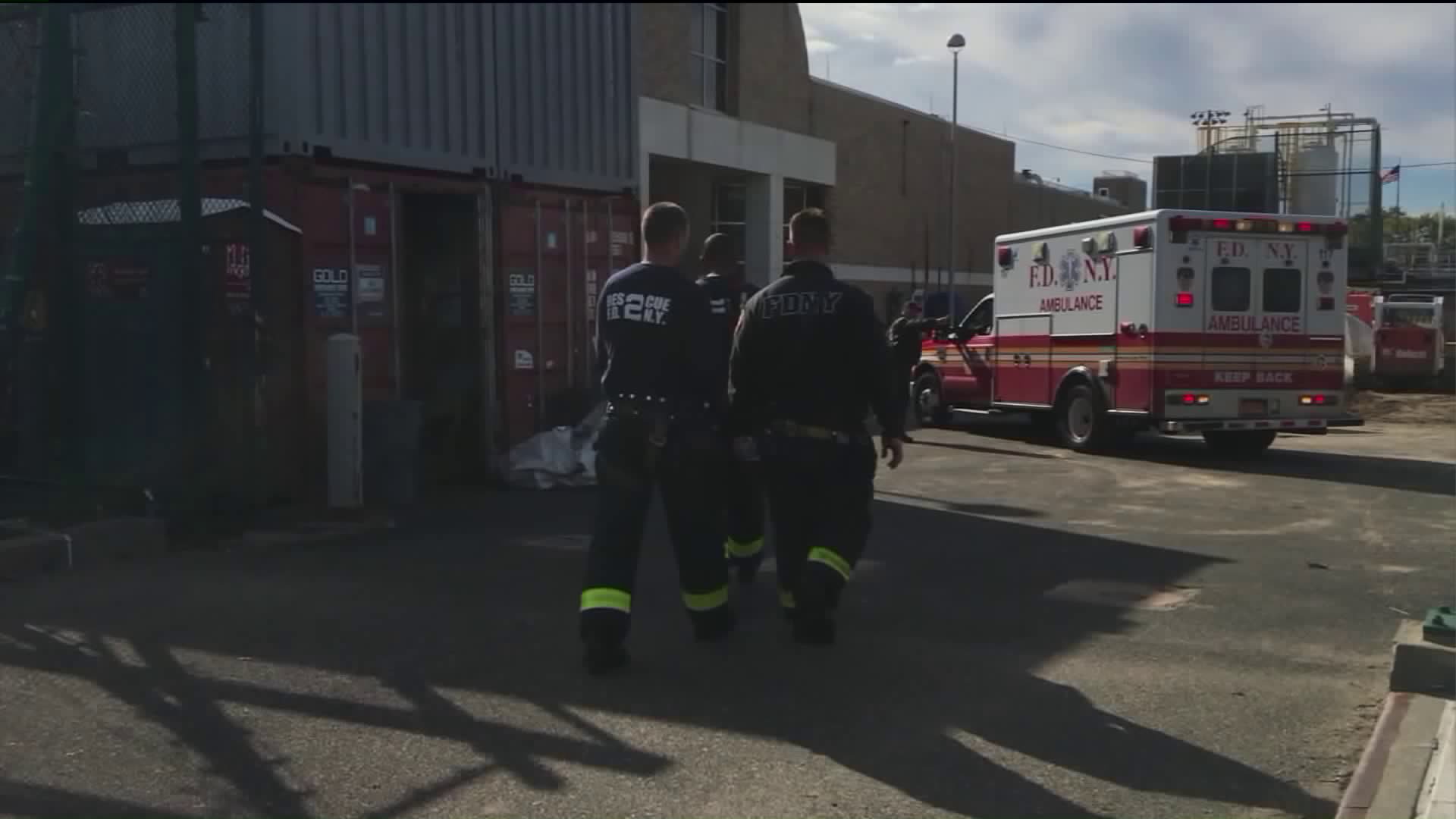 SHEEPSHEAD BAY, Brooklyn — A contractor for the Department of Environmental Protection was killed Wednesday after falling into a concrete tank at a Brooklyn treatment plant.

Firefighters responded to the call of a man trapped inside one of the treatment tanks at the Coney Island Wastewater Treatment Plant in Sheepshead Bay around 12:30 p.m.

Michael Buffamente, an employee of Welkin Mechanical, was performing capital upgrades at the plant, officials said. The work included installing de-chlorination equipment within a channel of treated water.

FDNY Deputy Chief John Hodgens said the scuba rescue team had no visibility as they searched the murky water for the missing man.

"Within eight minutes they found the person who is 35-feet down at the bottom of the tank," said Hodgens.

When rescuers found the the Hawthorne resident, he was in cardiac arrest.

Buffamente was pronounced dead shortly after arriving at the hospital.

Buffamente had been wearing Personal Protective Equipment while performing the installation.

It was not immediately clear how he fell into the tank.

The DEP is interviewing workers and conducting a further review of the incident.