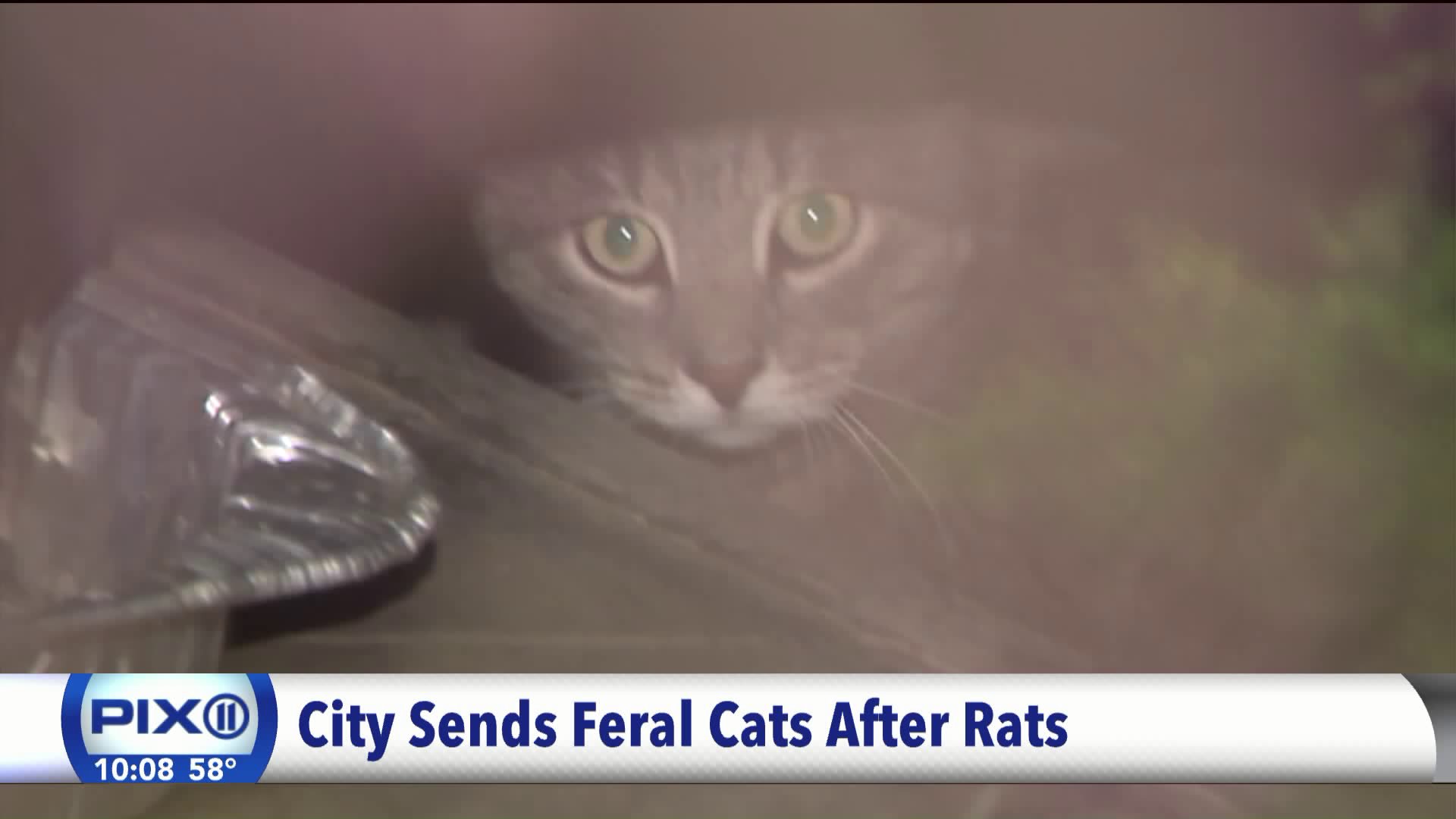 HUDSON YARDS, Manhattan — Feral cats have been unleashed at Jacob Javits Convention Center, an initiative that has helped curb the rat population in the area.

To some, it's a dog eat dog world, but in some New York City neighborhoods, it's more like stray cat eat rat world.

There are an estimated half a million feral or stray cats who roam the five boroughs of New York City.

But some stray cats are luckier than others, like the ones who live on W. 36th Street between 10th and 11th avenues in what looks like an abandoned lot near Hudson Yards.

The lot is also part of the NYC Feral Cat Initiative where volunteers spay or neuter cats and then return the felines to the colony.

The spokesman for the NYC Feral Cat Initiative wants to make it very clear that the stray cats are not being enlisted in a bloody war on rats, as some have said.

Yet it is true that four cats roam the loading docks at the Jacob Javits Convention Center to keep the rats at bay amidst all the food deliveries and garbage.

"We would not put a cat on the street for rodent control," Phillips said.

"But it is one of the benefits of the 'trap, neuter, release' programs, the rodents go off the property," Phillips said.

People who live in this neighborhood of Hudson Yards, especially those with dogs, welcome the stray cats taking care of the rats.

"I think it's a great idea," John Tweedie told PIX11 News as he walked his two dachshunds. "Fantastic use of cats."