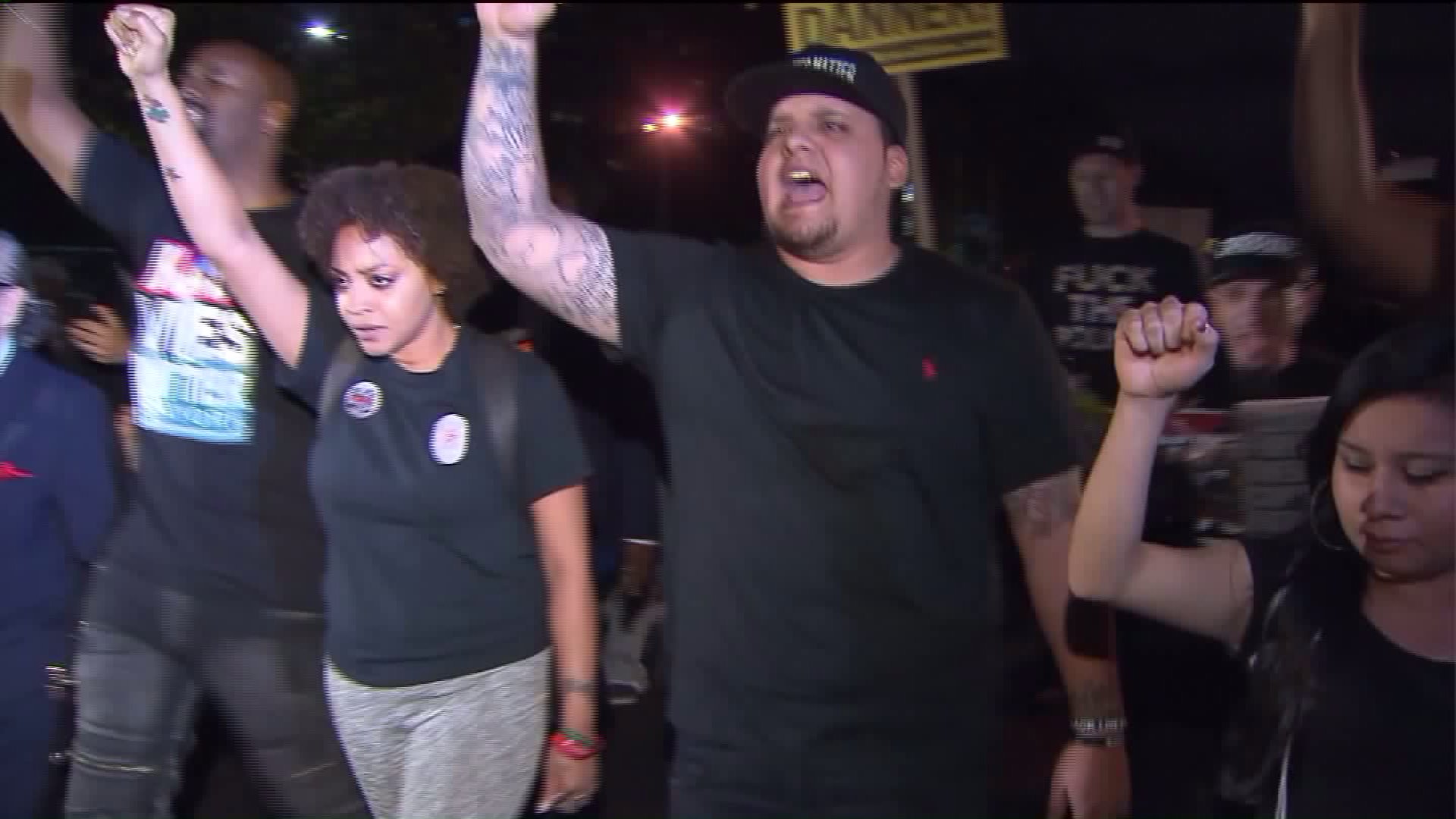 CASTLE HILL, Bronx — A group of more than two dozen protesters marched in New York City demanding justice after a woman was fatally shot in her apartment by a police sergeant.

The group marched Wednesday evening from Deborah Danner's apartment in the Bronx, holding signs with Danner's photo. They chanted: "No justice, no peace" and "send those killer cops to jail."

The group momentarily stopped traffic as they marched. A police cruiser followed them to a nearby police precinct.

Police say the 66-year-old Danner had been wielding scissors and a baseball bat Tuesday night. They say she tried to strike the sergeant with the bat, and he fired two shots from his revolver and hit her in the torso.