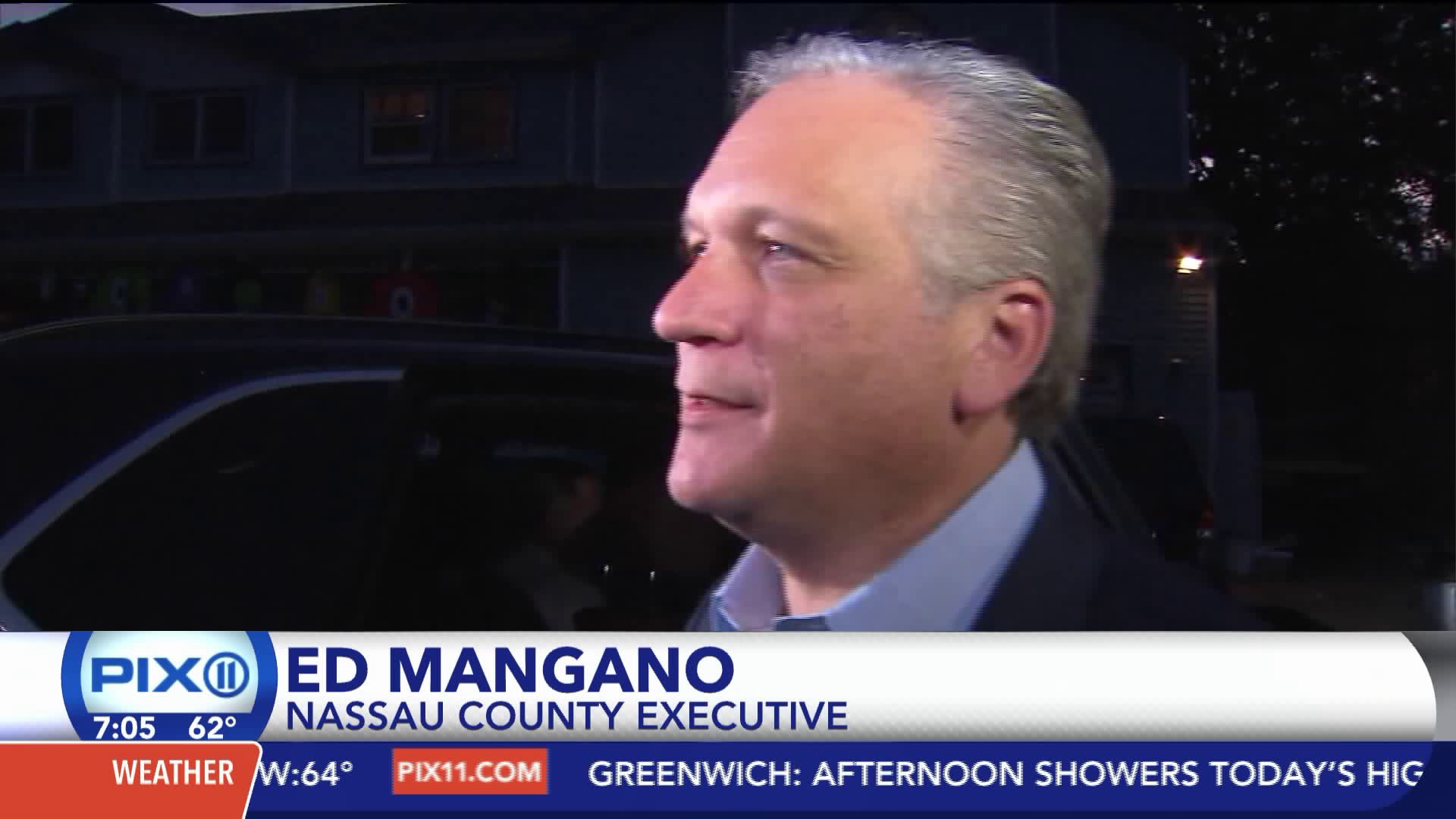 A relationship with millionaire restaurateur Harendra Singh is at the center of an ongoing corruption investigation. Prosecutors are looking into whether Singh, who was indicted last year for bribery, received improper benefits in return for political contributions to Long Island politicians.

"Corrupt officials cause tremendous damage to our communities and their behavior has dangerous consequences," said William Sweeney, the FBI's Assistant Director in Charge in New York.

Mangano, who was elected in 2010, was also charged with extortion. He and Venditto, who was elected in 1996, allegedly accepted bribes and kickbacks from Singh between January 2010 and February 2015. Singh allegedly paid Mangano's wife Linda $450,000 over a several year period for a "no-show job" at one of his restaurants.

He also allegedly paid for Mangano family vacations to Niagara Falls, Florida and Turks and Caicos.

The Manganos were seen arriving at FBI offices with their attorney Kevin Keating. Mr. Mangano told reporters he plans to have a press conference later after leaving his home.

Mangano, his wife and Venditto also face up to 20 years imprisonment each for the obstruction of justice charge and up to five years each for false statement charge.

The Associated Press also contributed to this report.