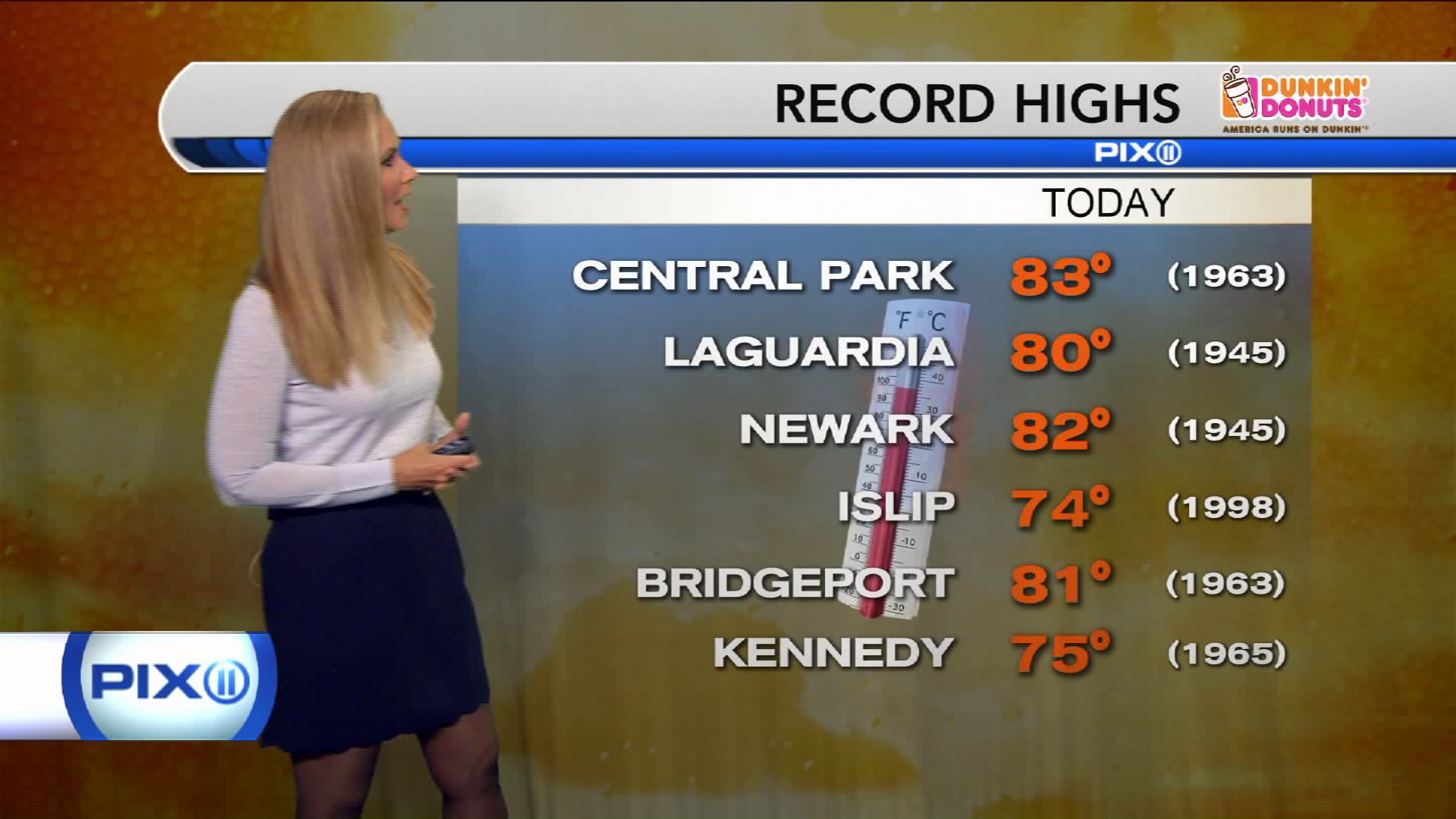 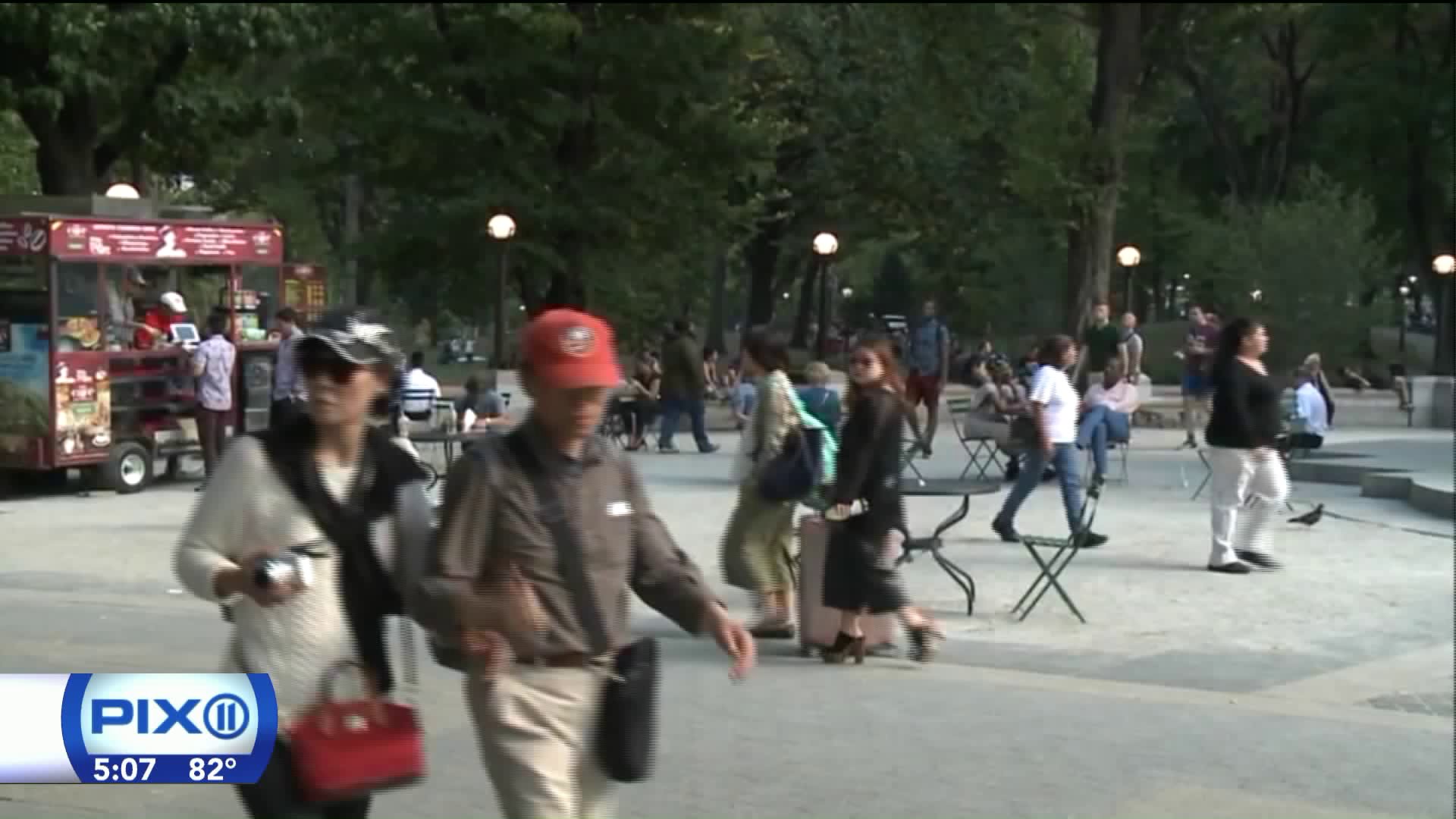 NEW YORK — Heat records were broken for a second day in a row Wednesday as unusually warm, summer-like weather continues to bear down on the tri-state area.

New York City finally broke the previous heat record about 3 p.m. Wednesday, reaching 85 degrees and taking down the previous high of 83 that was set in 1963. On Tuesday, Central Park was just 1 degree shy of its 82-degree 1928 record.

Other areas broke the record by 10 a.m.: John F. Kennedy Airport, with 78 degrees, and Islip, at 76 degrees, according to the National Weather Service.

LaGuardia and Newark hit 86 and 87 degrees by 3 p.m. respectively, breaking records set in 1945 by at least 5 degrees, the weather service reported.

A day earlier, Newark, LaGuardia and Islip had also surpassed record heat — with the New Jersey city breaking a 1964 record by an entire 5 degrees.

It was quite warm once again today.
One more unseasonably warm day is expected for tomorrow, before it cools down for Thursday. pic.twitter.com/0sVFW69INE

Overnight temperatures only dropped to the upper 60s across the city and lower 60s in the suburbs — what is typically considered mid-day high in the fall.

Wednesday is the third day of highs reaching, or nearly reaching the 80s — a normal high for Central Park in late August.

Those wishing for more seasonal weather to go with their pumpkin spice lattes and the already changing foliage will begin to feel sweet relief Thursday.

Highs are expected to dip about 10 degrees, and a cold front slowly passing through is forecast to bring clouds and potential showers.

Friday may see more sunshine, but highs will continue to linger around 71 in the city.

True fall weather, including cool breezes and highs hitting the low 60s, will begin Saturday and the cool down will continue into Sunday.