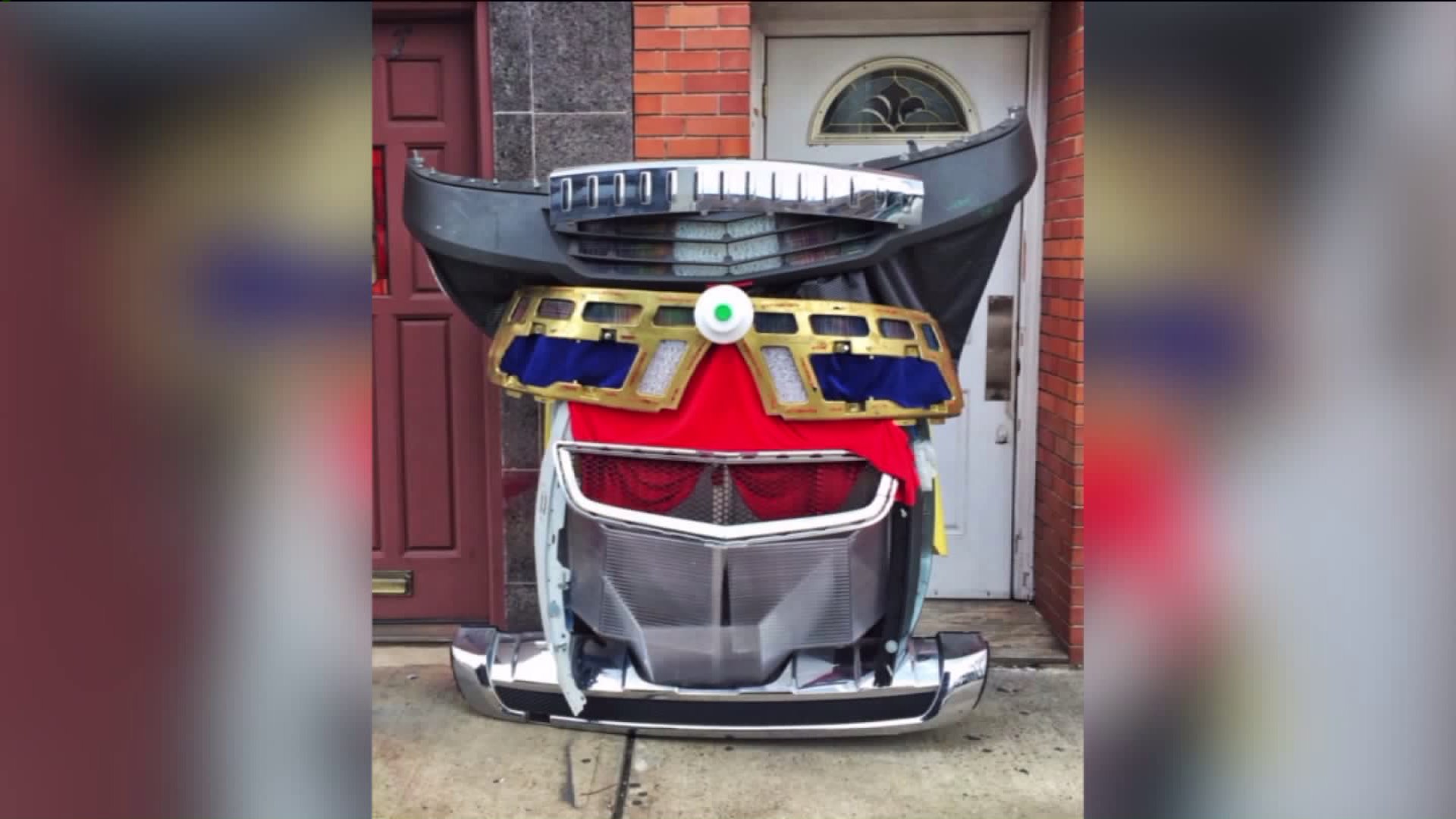 The statue is about 6 feet tall and contains reclaimed materials. The artist, Annalisa Iadicicco created it with local children as part of the work she does with a non-for-profit organization that connects city children with the arts.

Iadicicco says the statue was stolen right from her front door.

Iadicicco reported the large sculpture missing on Aug. 31. She got some local papers to pay attention and believes she received a sudden phone call this weekend from the person who took it.

Shih Lee, a Long Island City restaurant owner, called this all a misunderstanding when he spoke to PIX11 over the phone.

Lee claimed he was saving the sculpture and didn’t want it tossed in the garbage.

He says he picked it up and thought it would be a perfect addition to a new Japanese restaurant he’s opening up. He even sent Iadicicco a photo of where he planned to place it.

Iadicicco said she doesn’t understand how Lee could have thought her sculpture was garbage, especially since she says it was locked up with wires to her front door. For Lee to take it, Iadicicco says he would have had to actually cut the wires.

Lee has apologized and says he will return the large sculpture on Tuesday.

In the meantime, Iadicicco says she would still sell the sculpture, but not to Lee and hopes to donate proceeds to a cause she’s involved with.