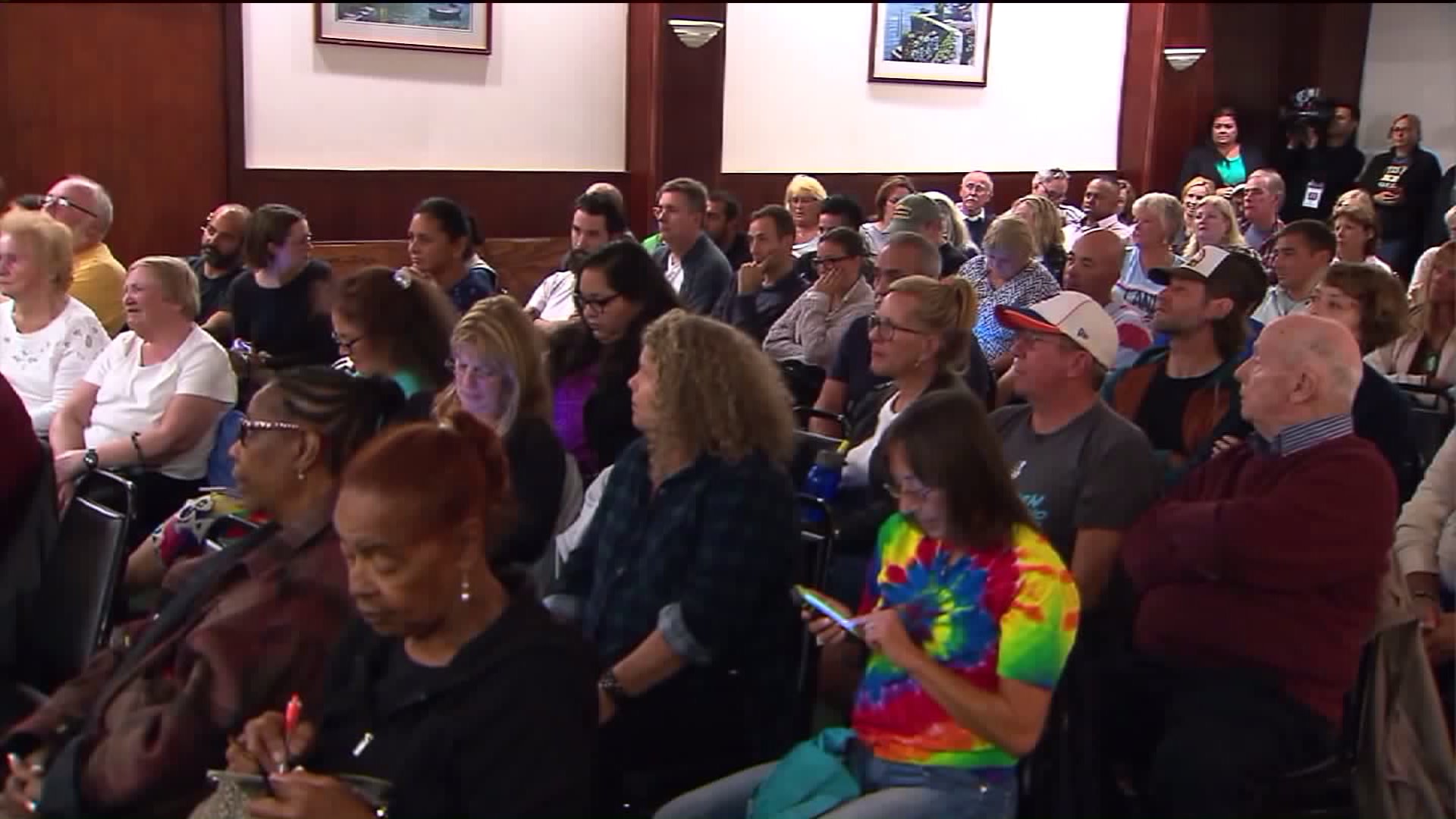 ROCKAWAY BEACH, Queens — More than 100 people packed a Knights of Columbus hall to protest a move by the owner of the Playland Motel to house homeless families starting last Friday.

Cayuga Capital, owners of the space which includes a popular bar, restaurant and hotel, signed a deal with the Department of Homeless Services to rent its rooms to homeless families. Community members say no one was aware of the deal until after it happened.

"I don't know if it was middle of the night," City Councilmember Eric Ulrich, "people want to know how many homeless are here, what services are being provided, how many more are coming."

All the city's Department of Homeless Services would say is there is no plan to convert the location into a permanent shelter.

Spokeswoman Lauren Gray: "We are currently renting rooms in this location to help meet our legal and moral obligation to shelter homeless families with children.”

But the head of the Rockaway Beach Civic Association has so many more questions.

"Do it, do it right," Noreen Ellis, President of the Rockaway Beach Civic Association told PIX11. "You don't provide anything but a roof over their head. That's my question. What are the support services?"

At the meeting, organizers gave out the phone numbers of the motel owner, Cayuga Capital and urged everyone to attend a protest rally at City Hall Friday morning.