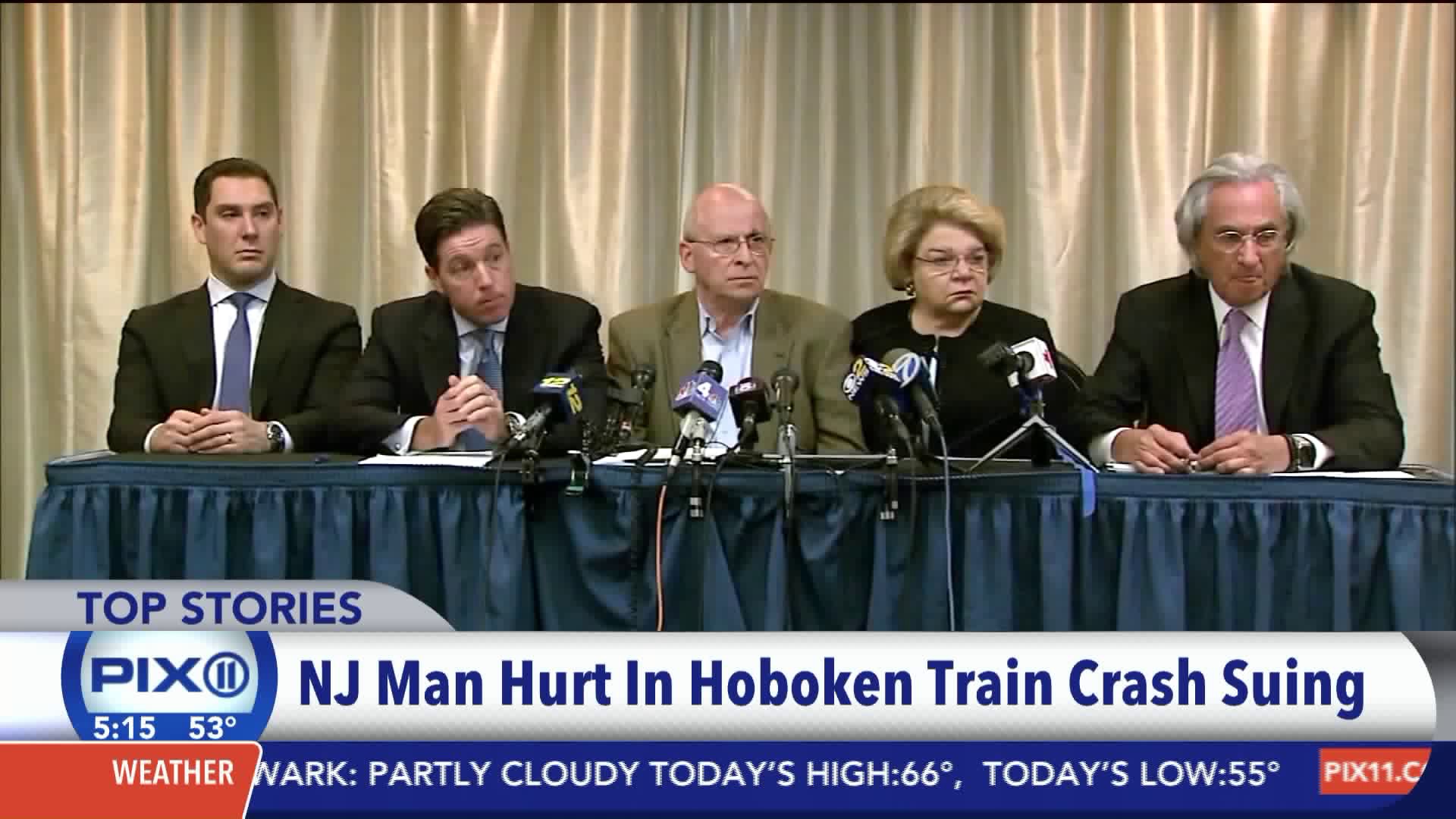 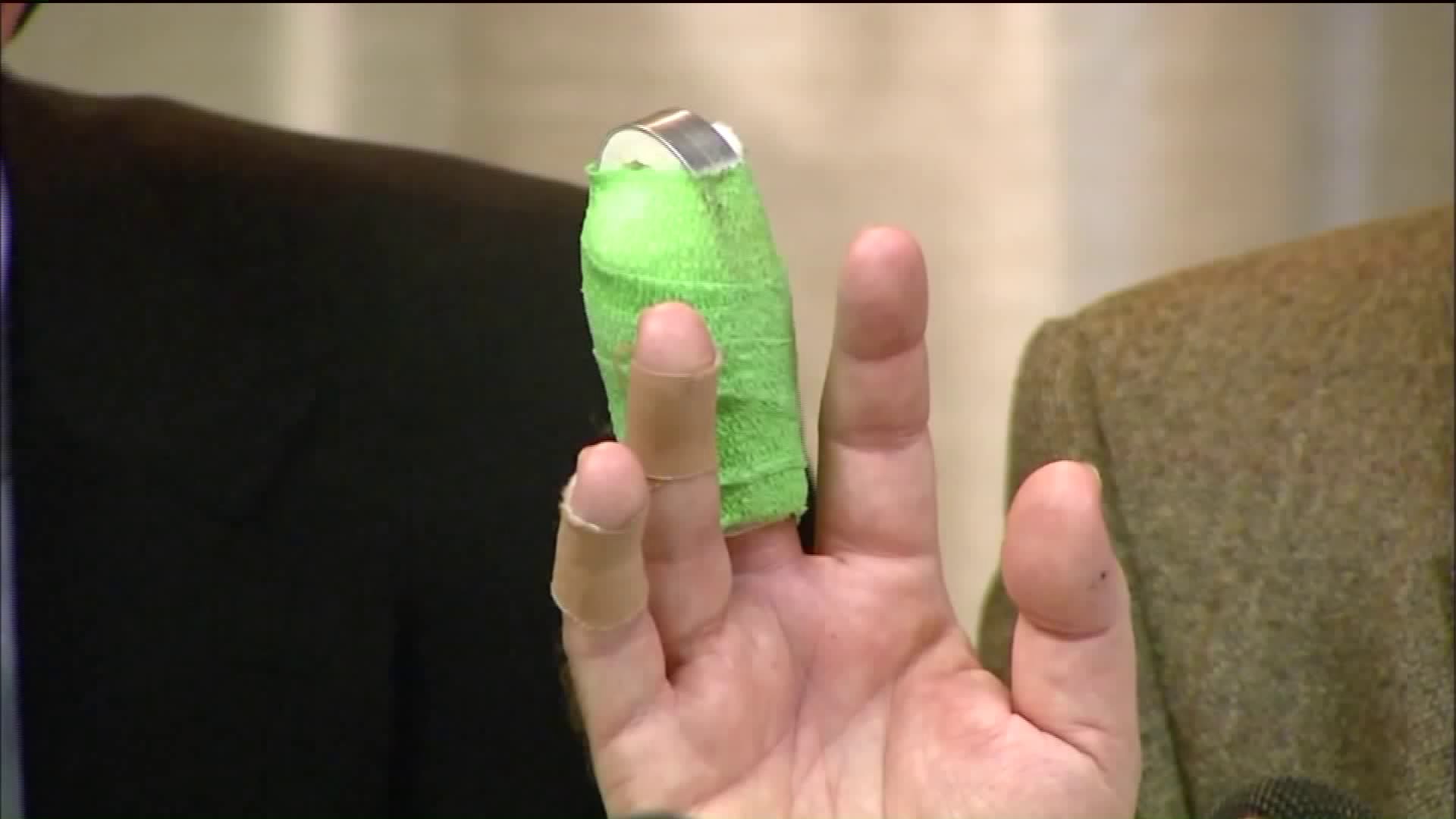 NEWARK, N.J. — A New Jersey man who lost part of a finger and suffered other injuries in last month's Hoboken train crash has filed notice of his intent to sue.

Lawyers for Sheldon Kest announced the lawsuit during a news conference in Newark on Tuesday.

The 66-year-old Tenafly man was a passenger in the front car of the New Jersey Transit rain that crashed into the terminal on Sept. 29. He also suffered a broken nose and lacerations to his head and face.

Investigators say the engineer was traveling more than double the 10 mph speed limit at the station just before the crash. The crash killed one woman standing on the platform and injured more than 100 other people.

An NJ Transit spokeswoman declined to comment on the suit.