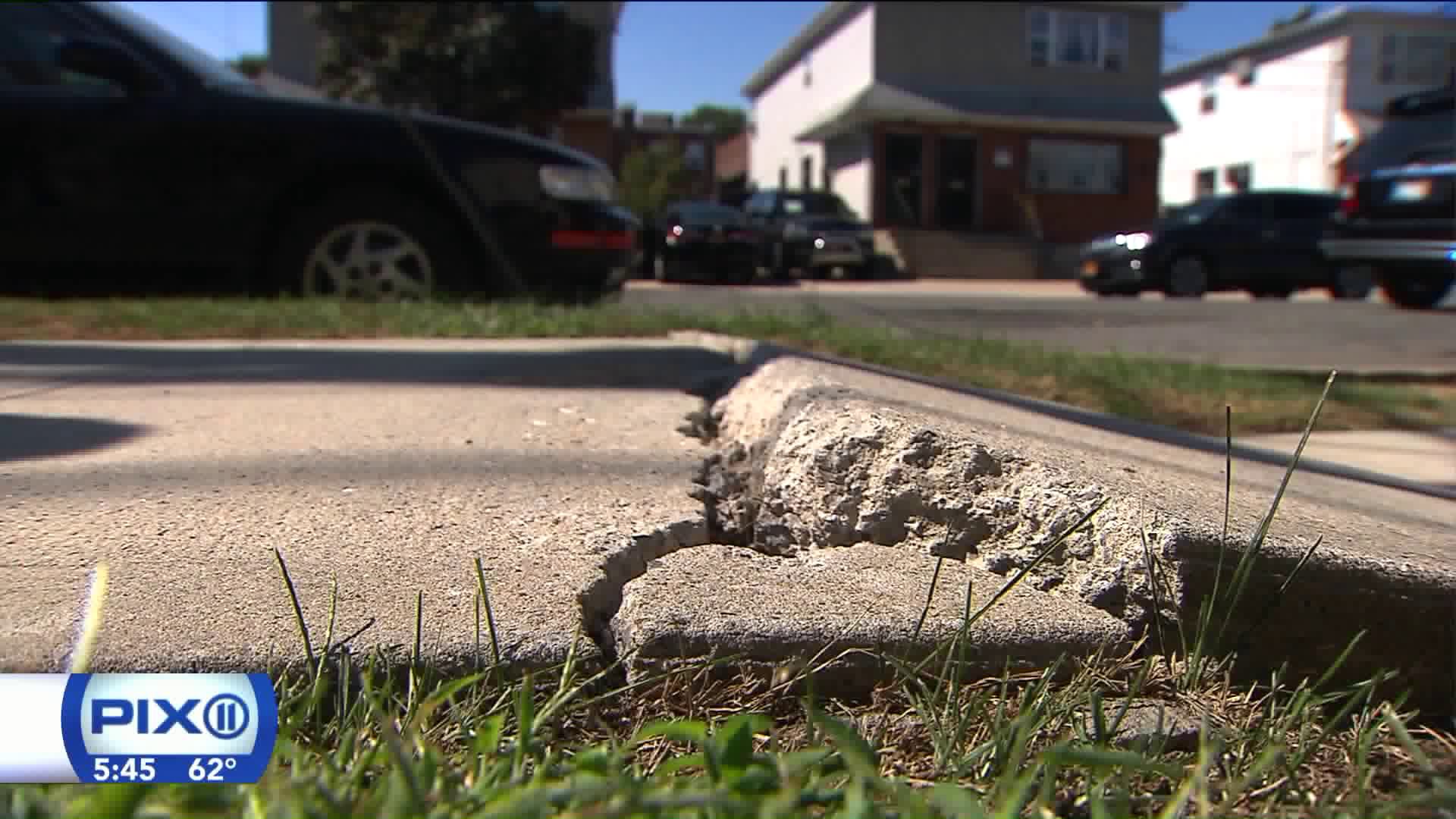 SOUTH OZONE PARK, Queens — Imran Baksh says he’s been complaining for 5 years to city agencies that the front of his home is sinking.

Baksh, who lives on 122nd Street in South Ozone Park, Queens, says what started as a little hole has been getting progressively worse.

Imran and his neighbor have tried filling in the holes and shoring up the curb and the sidewalk , but those fixes don’t last. It’s not long before the holes are back and deeper than ever.

One of their concerns is there’s a school at the end of the block and when the kids are dismissed, they walk right past the sinking area, where it would be easy for them to slip off the edge of the sidewalk and into the holes. In fact, one of his neighbors has two children who both have fallen into the holes when playing in the area.

Wills says he believes there is a sinkhole under the street and it’s opening and getting wider over times. If he’s right, fixing it may entail digging up the street, tearing up the sidewalk and then backfilling everything.

That would be a very expensive project.

While Wills is not certain about the sinkhole under the street, he says it’s important to find out what is causing the problems on the block.

In the meantime, Baksh and his neighbor are watching helplessly as the cracks in the street and sidewalk get worse and the holes in the ground grow deeper and wider.