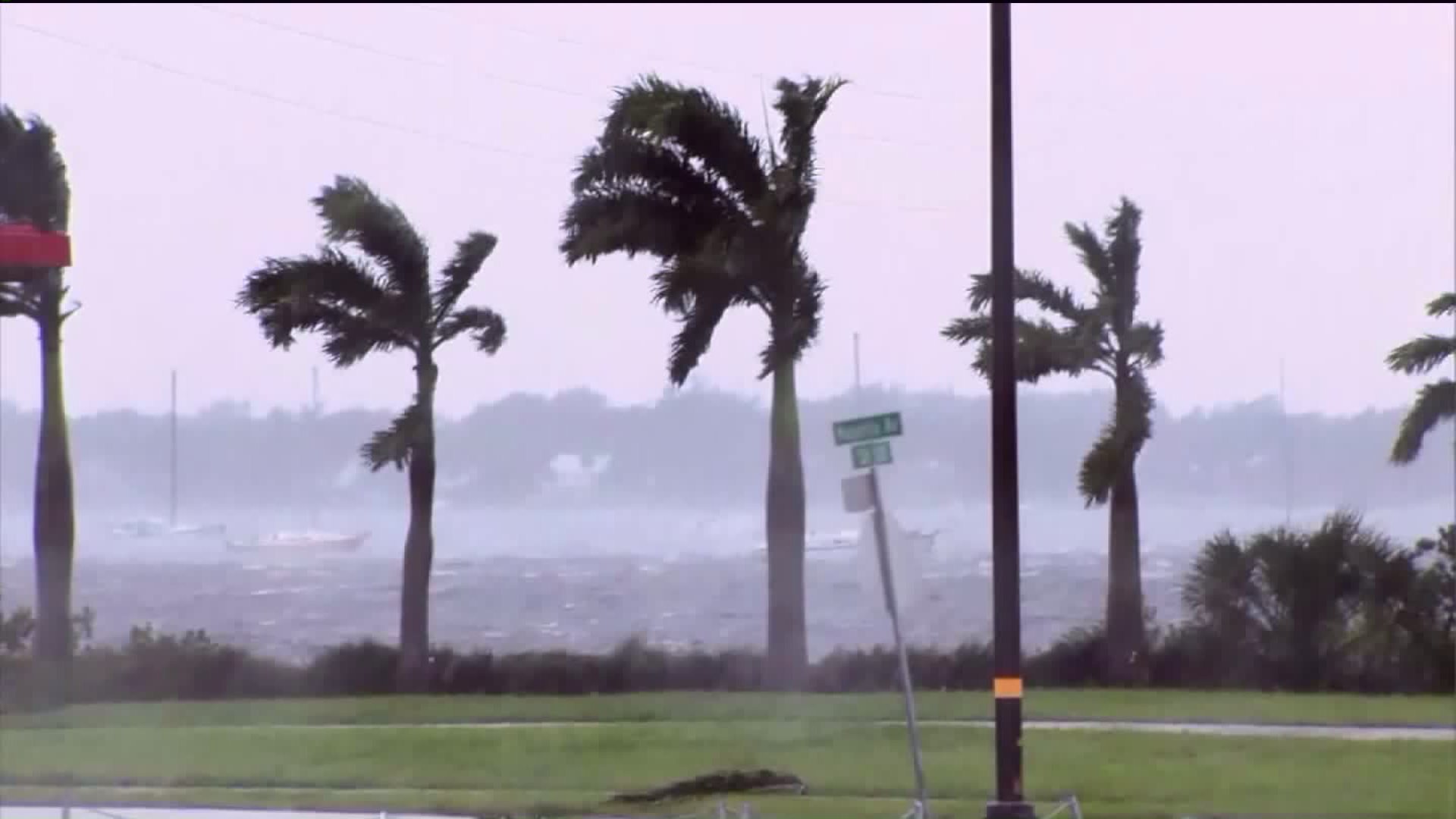 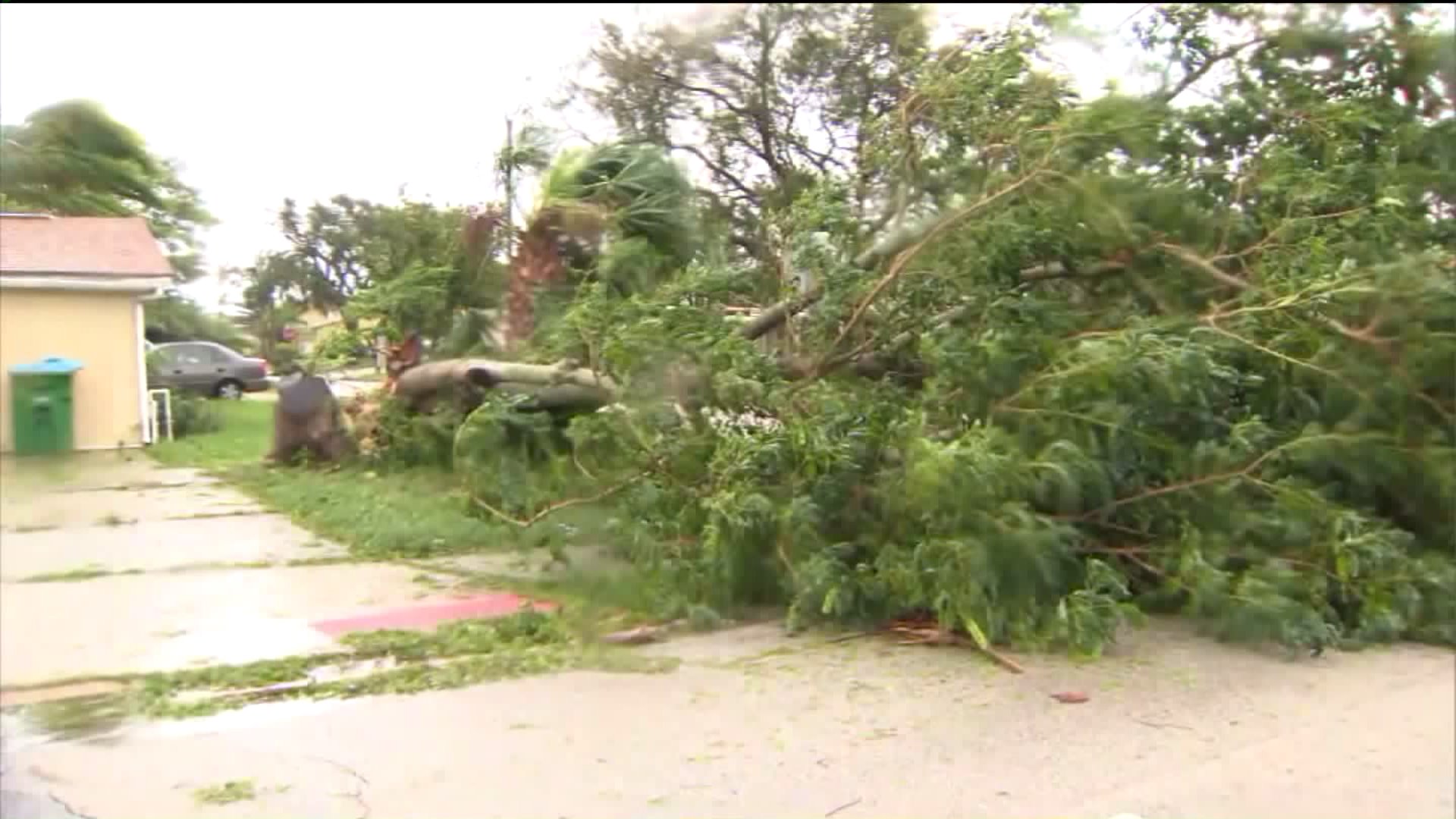 Floridians along the Atlantic coast were coping Friday with rising water as Hurricane Matthew drenched the state with rain and strong winds pushed waves over beaches.

While Matthew only brushed the northeastern coast of Florida, it left a big mark across the region. Wind gusts in excess of 100 mph were reported around Cape Canaveral. As it continued north, a storm surge of 7 to 11 feet were possible. It has since down to 6 to 9 feet, but that is still dangerous.

The storm, which is blamed for four deaths in Florida, sparked flash-flood concerns. The National Weather Service issued a warning for parts of Nassau County, north of Jacksonville.

"The combination of a dangerous storm surge, the tide and large and destructive waves will cause normally dry areas near the coast to be flooded by rising waters moving inland from the shoreline," the National Hurricane Center said.

After killing hundreds in Haiti and other Caribbean nations, Matthew's frightening power led to the deaths of four people in Florida. The list included a woman in her 60s in Volusia County (by a falling tree) and an 82-year-old man and a woman in St. Lucie County, officials said. The latter two had medical emergencies and responders were unable to reach them in time because of hazardous weather.

A woman in northeast Florida died after a tree fell on her camper trailer, the Putnam County Sheriff's Office said.

Matthew has downgraded to a Category 2 by Friday evening with winds of 110 mph moving north at 12 mph. It is situated roughly 50 miles away from the coast of Georgia and is expected to track northward just passing off the coast of Savannah with winds of 105 mph. A storm surge of 6 to 9 feet is possible.

By Saturday midday, it could possibly make landfall or skim by Charleston, South Carolina with winds roughly around 100 mph. A storm surge of 5 to 7 feet could significantly damage the coast.

The hurricane has left more than 1 million people without power as it skirts the state's east coast, with the most damaging blow possibly still to come.

Governors in North and South Carolina warned residents to get out in advance of the storm, which could drop as much as 15 inches of rain.

But it's not as if Matthew -- with winds of 110 mph at the center -- didn't cause any damage with its powerful winds.

Parts of St. Augustine flooded even as the hurricane was still approaching. A virtual river of water rushed past a bed and breakfast business in the city about 35 miles southeast of Jacksonville, according to video posted by reporter Russell Colburn of CNN affiliate WJAX.

Special concern surrounded Jacksonville's St. Johns River, which could be overwhelmed by water pushed into it by the storm. The hurricane center said a tide gauge reported storm surge of 4.28 feet.

"Just because the center of circulation is offshore doesn't mean you can't be the center of action (along the coast)," National Hurricane Center Director Rick Knabb said. "It's going to get a lot worse before it (has) a chance of getting better."

Here's what you need to know:

Though the storm hasn't made landfall, it left swaths of coastal Florida with downed trees and power lines.

Matthew kicked up debris and street flooding in Daytona Beach late Friday morning. Video recorded by journalist Robert Ray showed metallic, foil-like debris and other small objects rolling down one of the streets in the city.

Florida Govs. Rick Scott said officials are particularly concerned about low-lying areas in and around Jacksonville, where there is potential for significant flooding.

He said all major roads and interstate highways were open as of late morning, and no major road or traffic issues were reported. In some of the counties that the storm has passed, it appeared that evacuations urged by local officials worked, he said.

"While the storm is still on, don't go outside," Scott said.

More than 22,000 people were in shelters statewide, he said.

Major southern Florida population centers such as Miami and West Palm Beach appeared to have avoided the worst of the storm, as the dangerous eyewall stayed about 100 miles off the coast.

As northeastern Florida braced for impact, coastal communities in Georgia, South Carolina and North Carolina also were on notice. The storm's center could be near or over the coasts of Georgia and South Carolina on Saturday, the hurricane center said.