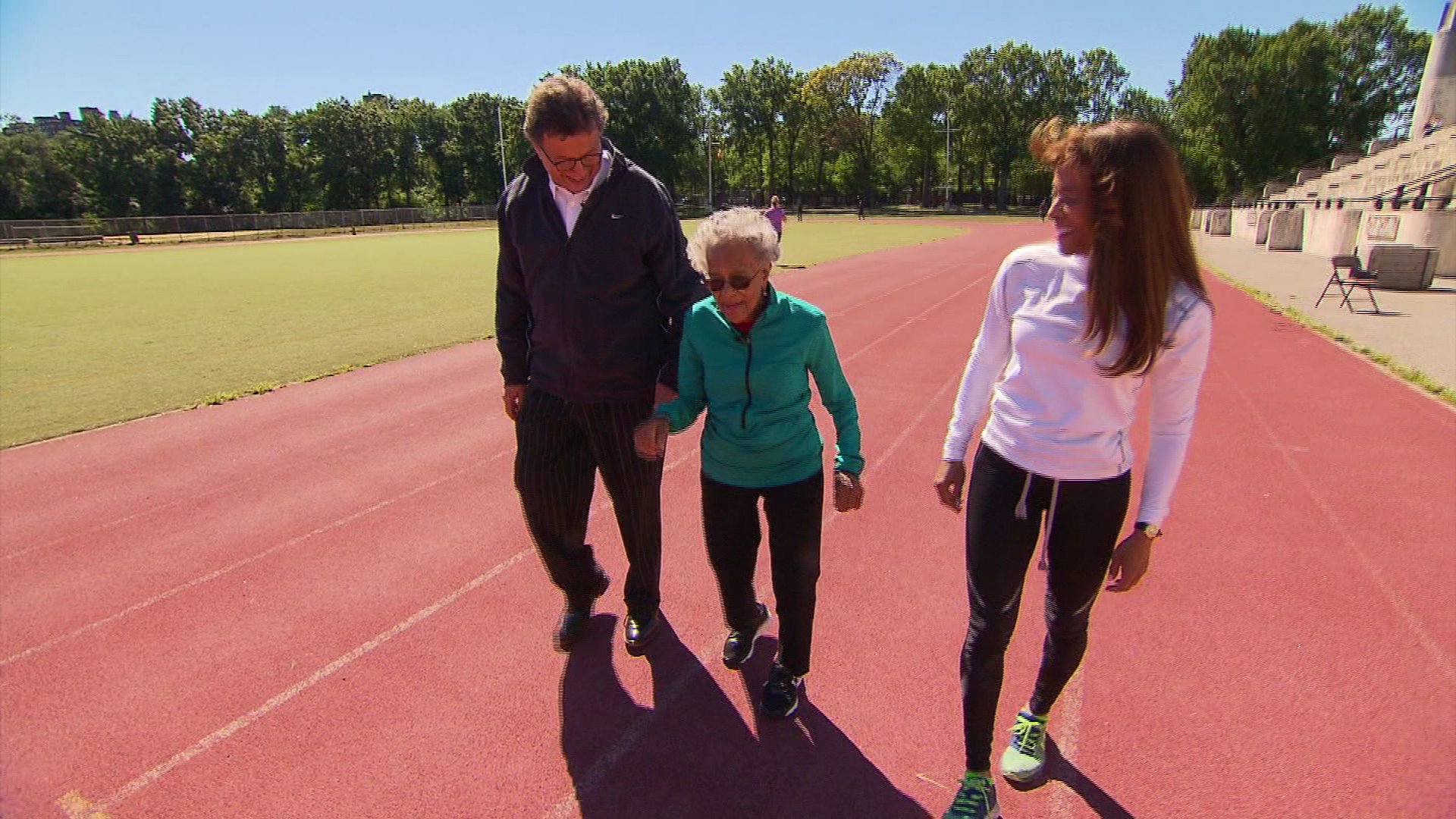 In this week`s It`s a "G" Thing, Mr. G heads to the track to meet Ida Keeling, an 101-year-old NYC native still running for her life.

Ida Keeling doesn’t hold anything back

She may be 101 but her spirit is younger than ever.

These days, she feels most alive when on the move. The Harlem native is also a world record holder, she became the fastest centenarian to finish the 100 meter dash earlier this year while at the Penn Relays.

“What is your attachment to the track?" I asked. "The attachment is the fact that I like running and I started running when I lost both of my sons.”

In 1979 and 1981 her sons, Donald and Charles, were murdered in gruesome drug-related incidents. She became deeply depressed  but her daughter, Shelley, helped pick her back up. Shelley has been running and competing for decades, and is currently a track and field coach at the Fieldston School in the Bronx.

"She was devastated after my brothers were murdered and she was really sinking into a pit," Shelley Keeling remembered. "So,  I called her and said I’m running and you’re coming with me.”

Ida was 67 years old then and was about to compete in her first ever 5k.

“I felt while I was running, I was sort of relieving the tightness and the deep hole I had fallen into,” Ida described.

"That absolutely changed her life and saved her life.” Shelley said.

Since then, Ida has participated in hundreds of races across the country, inspiring generations to get up and get going!

"Mom is a remarkable human being," Shelley gushed. "Whatever life has to offer or whatever it puts down for her, mother can get back up.

A simple message of overcoming adversity, she plans to share in a book, being released next year.

"Without good health, and a clear mind, you don’t have anything,” Ida smiled.

Ida is truly independent, she had been living alone for years before moving in with Shelley this Summer.