Hurricane Matthew heads to Bahamas after killing 13 across Caribbean 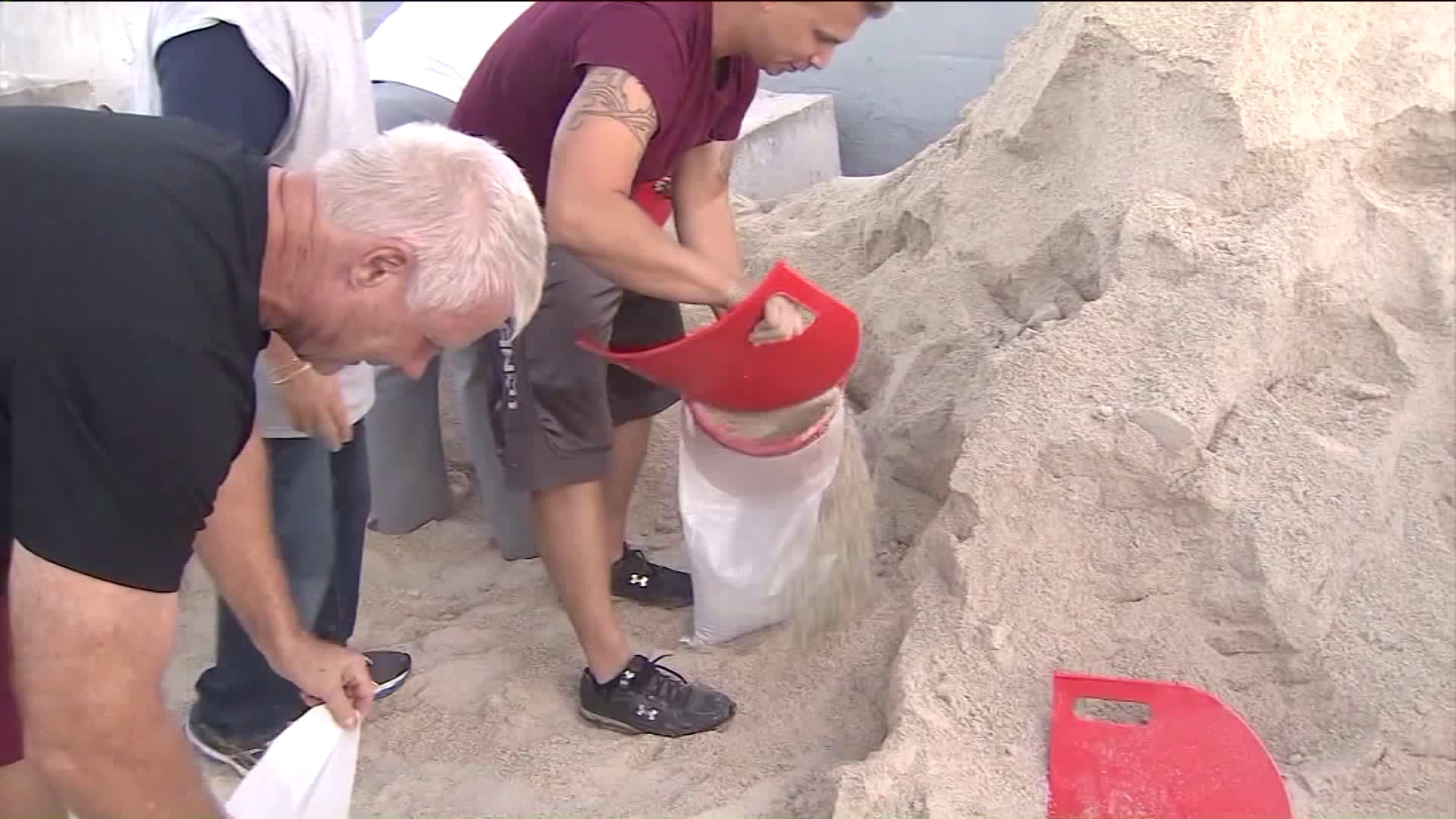 SANTIAGO DE CUBA — Hurricane Matthew took aim at the Bahamas on Wednesday after leaving behind a humanitarian crisis in Haiti.

More than a dozen people died from Matthew's wrath in Haiti, the Dominican Republic and St. Vincent and the Grenadines, officials said.

Haiti, still recovering from the catastrophic 2010 earthquake, was hit the hardest. As the death toll rises and crucial infrastructure crumbles, thousands have been displaced. Mourad Wahba, the UN secretary-general's deputy special representative for Haiti, described Matthew as the "largest humanitarian event" since the earthquake.

The devastation was especially brutal in southern Haiti, where winds of 125 mph (200 kph) destroyed homes, flooded villages and cut off the island from the rest of the country.

National Route 2, which connects Port-au-Prince with Haiti's southern peninsula, broke apart when the bridge collapsed, the country's civil protection agency said. In the wake of the storm, the Electoral Commission postponed the country's Presidential election, which had been scheduled for Sunday. A new date has not been set.

As of Wednesday afternoon, Matthew hurled 120 mph (195 kph) winds as it churned toward the Bahamas, the National Hurricane Center said.

The storm was about 205 miles (325 kilometers) south of Nassau, Bahamas, and was moving northwest at 12 mph.

CNN meteorologists expect storm surges in the Bahamas as high as 15 feet, along with intense rains and damaging winds.

Bahamian Prime Minister Perry Christie warned that Matthew had the potential to be "violently unpredictable."

"The storm has strengthened and, from what we have seen in Haiti and elsewhere, is bringing dangerously strong winds and extremely heavy rains," Christie said.

The Bahamas could get hit with up to 15 inches of rain and "life-threatening" surf conditions, the hurricane center said.

"We've got a generator, so we make sure that's all fueled up, make sure your vehicle's fueled up. And we leave the rest to the good master."

In Haiti, where Matthew made landfall Tuesday as a Category 4 hurricane, the storm has passed but the aftermath has just begun, prompting an influx of international aid.

At least 10 people are dead, 25 injured and thousands more displaced. At least 1,580 homes have been flooded, and about 3,215 families have been affected by Matthew, the country's Civil Protection Agency said.

More than 300,000 people are in shelters across the country, the United Nations said.

The U.S. Agency for International Development is sending $1 million in humanitarian assistance following the deployment of a Disaster Assistance Response Team the previous day.

Haitian pastor Louis St. Germain said the storm sheared a wall off his house and tore roofs off many buildings in the area.

"The river has overflowed all around us," St. Germain said. "It's terrible ... a total disaster."

Forecasters predicted parts of Haiti could get a total of 40 inches of rain -- a disastrous amount for a nation still recovering from a devastating 2010 earthquake that killed more than 200,000 people.

"Much of the population is displaced and communication systems are down," Wahba said. "We've received reports of destroyed houses and overflowing hospitals with shortages of buckets and fresh water. The hospital in Les Cayes has had its roof blown off by the force of winds."

Residents could face risks from another threat: standing water. Haiti is still recovering from a post-quake cholera outbreak that killed 10,000 people.

"Our priority is to get clean water and hygiene items to families as fast as possible to avoid a spike in cases of cholera. In the weeks and months to come, hunger is likely to emerge as big concern. Some crops in the south of the country have been totally destroyed."

At least 15 people have died in relation to the slow-moving hurricane within the past week, officials in three countries said.

On Wednesday, Haiti's Civil Protection Service reported 10 deaths, including a man who died when his house collapsed and two others who were killed by falling trees. A fisherman died Sunday and another fisherman is presumed dead, the spokesman for the Haitian Interior Ministry said.

Four people died in the Dominican Republic, the country's government said. Authorities there did not provide details about how they died.

In St. Vincent and the Grenadines, a teenage boy died in a landslide as he was cleaning a drain behind his house, the National Emergency Management Office said. He died Wednesday after storms from Matthew passed.

Dozens of houses washed away

More than 30 houses were washed away by Hurricane Matthew in Cuba's northeastern seaside town of Baracoa, the site where Christopher Columbus first landed in the Americas, a resident in the town said.

No fatalities were reported, as the seafront area of the town had been evacuated ahead of Matthew's arrival.

Elsewhere in the region, hundreds of people lost the roofs on their houses due to the storm, Cuban state media reported.

US braces for impact

Officials in the United States have taken steps to prepare for the storm's arrival. Governors in four Southern states have declared states of emergency.

"I cannot emphasize enough that everyone in our state must prepare now for a direct hit," Florida Gov. Rick Scott said. "Having a plan in place could mean the difference between life and death."