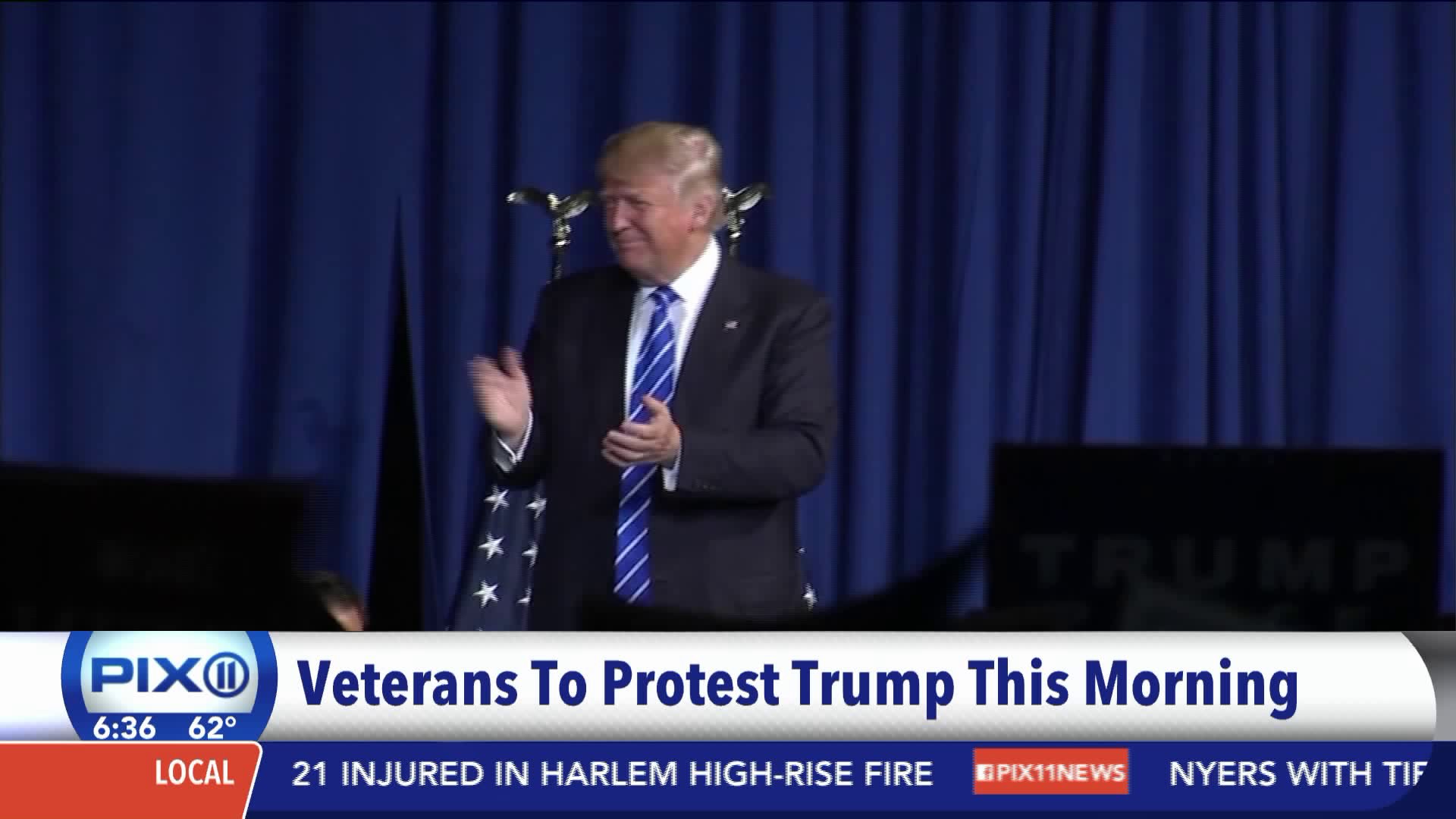 They will gather at 8 a.m. to speak about their experiences with PTSD, those who have been lost to suicide and the impact Trump's comments have on "exacerbating the stigma surrounding PTSD," according to a news release.

At a campaign rally Monday, Trump said veterans who struggle with PTSD are not "strong" and "can't handle" the experience of combat.

The comments were a shock to veterans who have PTSD and family members who have lost veterans to suicide.

While Trump was speaking about his proposed commitment to improving mental health services for veterans, the comments did not go over well.

"When people come back from war and combat, and they see things that maybe a lot of the folks in this room have seen many times over, and you're strong and you can handle it," Trump said. "But a lot of people can't handle it."