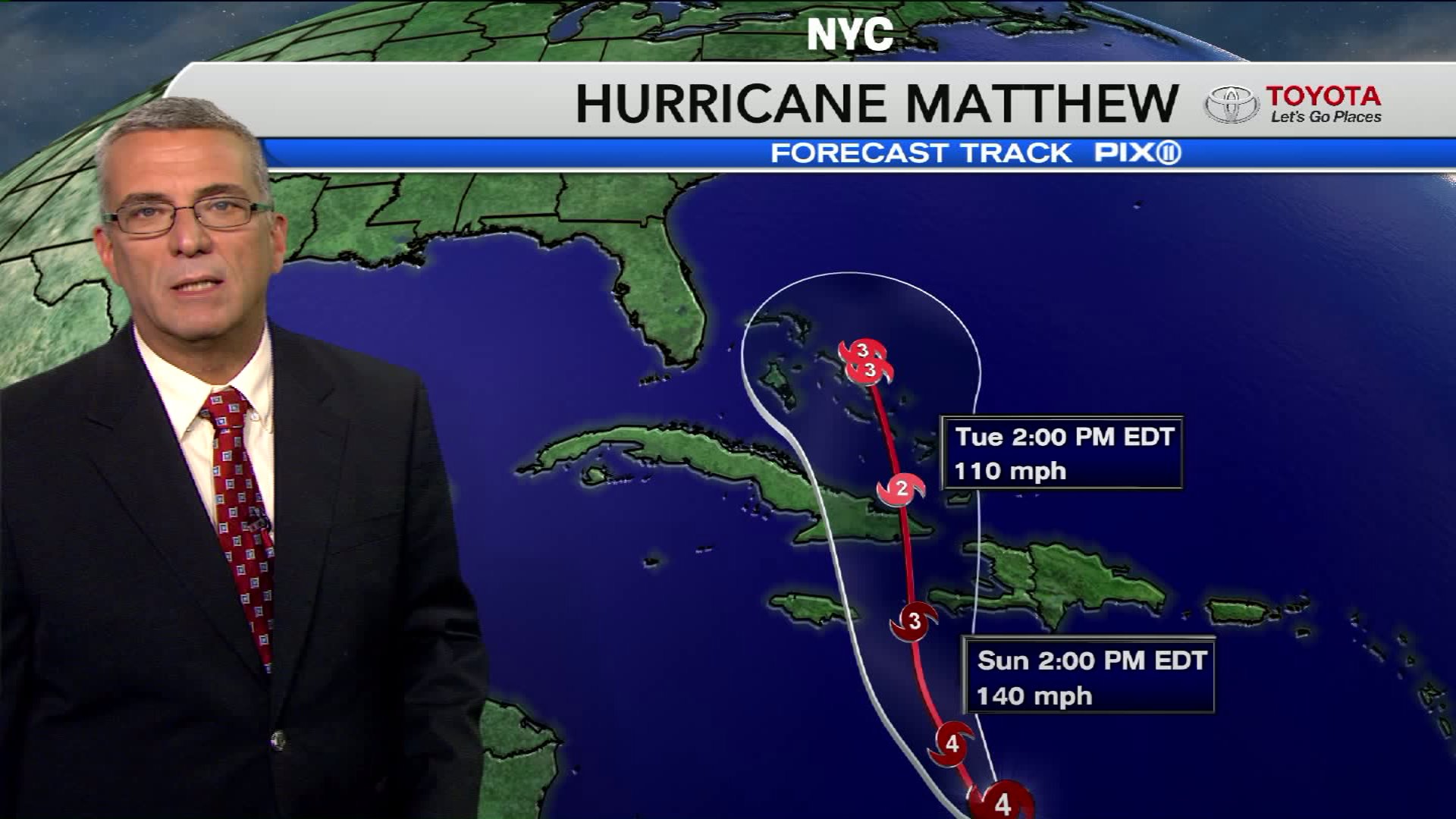 Jamaicans and Haitians braced for Hurricane Matthew as the powerful Category 4 storm barreled toward their countries, forecasters said Saturday.

The storm is expected to smack the two countries Monday, but residents should be feeling its effects by Sunday.

Residents in South Florida have "the luxury of time," said Rick Knabb, director of the National Hurricane Center in Miami. But he urged people to use it to prepare and buy supplies.

Weather models currently have Matthew possibly scraping the southern part of the state, but the hurricane center said Saturday afternoon that models are uncertain beyond the next three days.

"Therefore, it is too soon to rule out possible hurricane impacts from Matthew in Florida," the agency said on Twitter.

Warnings for Jamaica and Haiti

Desmond McKenzie, a local government minister in Jamaica, called the upcoming storm a "national crisis," according to a report in The Gleaner newspaper.

Storm shelters are open, agencies are ready to support evacuations, street people are being taken to shelters, utilities are preparing to deal with outages and fishermen have been asked to remain in safe harbor, the Gleaner reported.

Saturday afternoon, a hurricane watch was upgraded to a hurricane warning for Jamaica, which expects its first major hurricane since Gilbert in 1988. Ivan Shaw, a videographer based in Kingston, said stores were open Saturday for last-minute shoppers.

Marcia Forbes, a business owner in Kingston, told CNN she was preparing for a rough couple of days.

She waited in line to fill her car with gasoline, brought in her potted plants and filled her bathtub with water in case service is interrupted during the storm. She also placed sandbags against the shutters of her multimedia company and covered her office computers with plastic.

"Having lived through Hurricane Gilbert in 1988, I know what a Category 3 hurricane can do, (much) less a Category 4 or 5," she told CNN. "Everyone in my community is taking this hurricane seriously and getting their homes shuttered up."

In Haiti, a hurricane warning was issued Saturday afternoon from the southern border with the Dominican Republic to Le Mole St. Nicolas.

The US Naval Station at Guantanamo Bay is evacuating all non-essential personnel and moving C-12 aircraft to Jacksonville, Florida, Naval Station public information officer Julie Ann Ripley told CNN. There are no plans to evacuate any prisoners being held there.

The National Hurricane Center predicts life-threatening flash flooding and mudslides. Southern Haiti may receive 15-25 inches of rain and isolated parts of Haiti may receive as much as 40 inches, the center said.

Meteorological Service of Jamaica Director Evan Thomas said he expected the storm to hit the island and said fishermen have been advised to evacuate from the cays and return to the mainland, the Jamaica Observer reported.

"Many land areas are at least threatened by the system," the National Hurricane Center's Knabb said. "Hurricane hunters are going to be flying in and out of Matthew for days to come."

It briefly strengthened late Friday into a Category 5 storm, becoming the strongest hurricane in the Atlantic Ocean since Felix in 2007, the National Weather Service said.

"Some fluctuations in intensity are possible this weekend, but Matthew is expected to remain a powerful hurricane through Monday," the National Hurricane Center said.

IBC Airways has canceled all flights Monday to and from the US naval station at Guantanamo Bay because of the approaching storm, the naval station said via Twitter.

American Airlines and Delta Air Lines issued travel warnings for their customers, saying change fees can be waived for flights to some destinations.