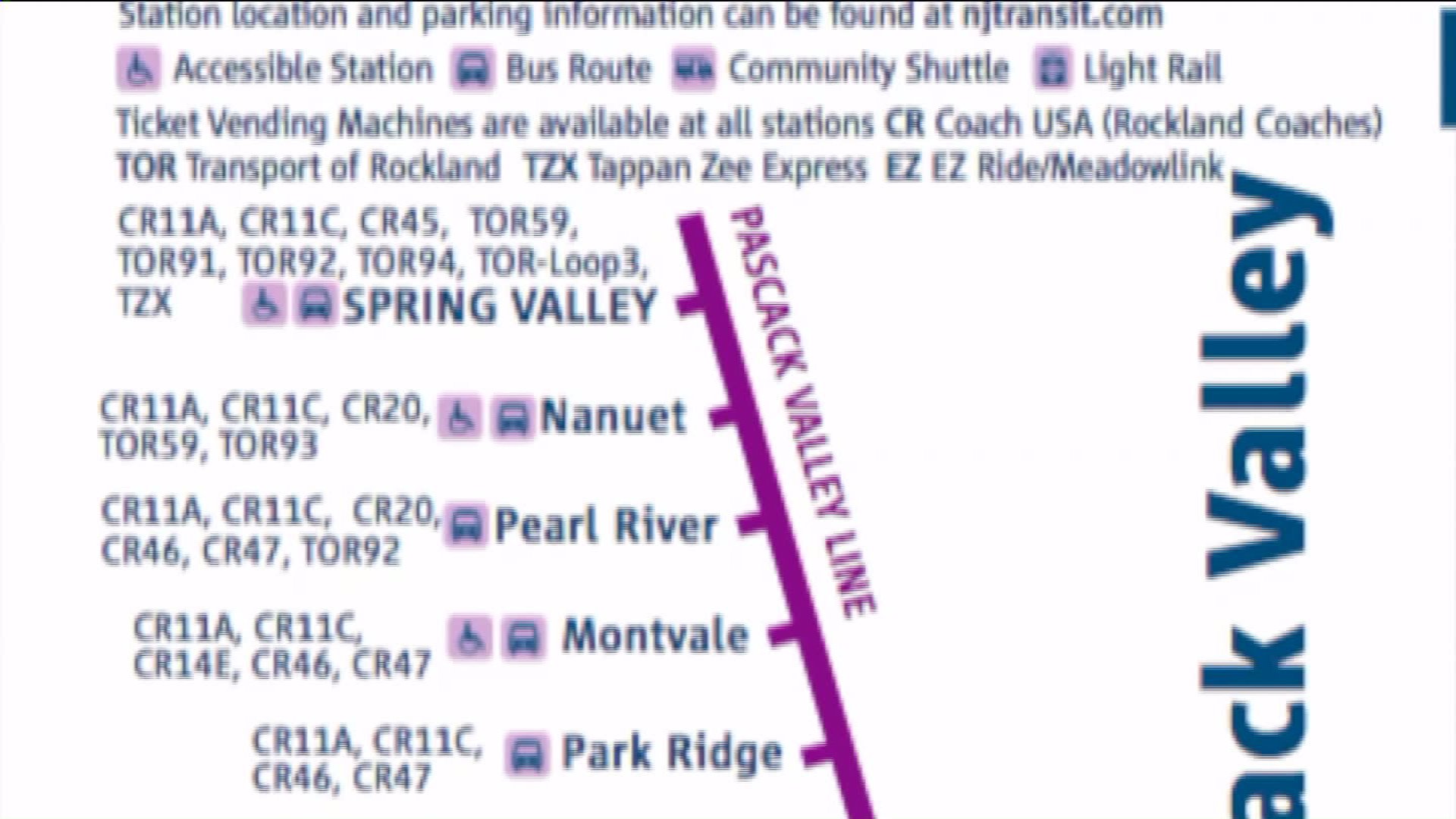 All NJ Transit rail service in and out of the Hoboken station — a main transit hub — has been suspended. NJ Transit buses, private carriers and NY Waterway are cross-honoring NJ Transit rail tickets passes.

PATH service to and from Hoboken is fully restored as of 4:15 p.m.

New Jersey Transit is going to be expending bus, rail and light rail service as much as possible to fill the gap. There will be increase service on the 126 bus line between Hoboken and Port Authority.

A bus shuttle will also run between Hoboken and Secaucus station on a load-and-go basis. Customers will be directed to service by ambassadors wearing safety vests.

Customers who need to travel to Secaucus are urged to take trains from New York's Penn Station.

The Metropolitan Transportation Authority plans to run buses along the Pascack Valley and Port Jervis lines between the Tarrytown and Beacon Stations.

Some additional information on rail lines is below:

Customers on other lines may experience some overcrowding and delays.