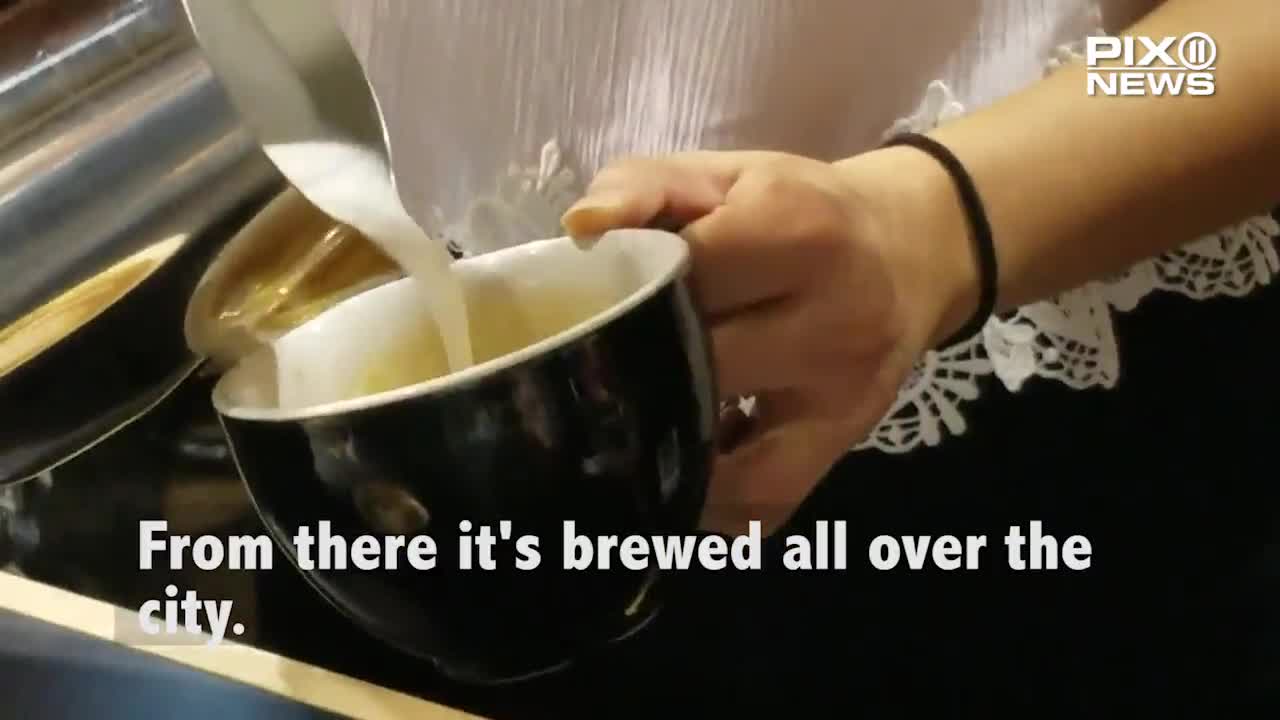 NEW YORK — Turns out there’s a reason it’s called the city that never sleeps - New Yorkers drink more coffee than anyone else.

The brew, which is now popular enough to merit the Sept. 29 National Coffee Day, started off in the country as a distinctly New York beverage in the 1600s.

“For an enormous number of years, we were the coffee roasting center for the whole continent,” said Donald Schoenholt, president of the city’s oldest coffee roaster. “There’s an awful lot of coffee history in this town.”

The bulk of the original colonies were founded by the British and drank tea, but New York, which has Dutch roots, drank coffee. New York’s ports meant that the city continued to be the main importer and roaster of coffee for years to come.

Schoenholt’s company, Gillies Coffee Company, has been around since 1840 and Schoenholt has seen the coffee culture in New York change over the years. New Yorkers used to purchase primarily ground coffee, then specialty beans and now prepared beverages.

“There’s loads and loads of stuff here and New Yorkers love choices,” Schoenholt said. “If there’s one thing that sets a New Yorker’s heart on fire, it’s having lots of choices.”

A lot of the coffee sold in New York - from street cart to-go cups to hand-pulled espresso’s at local cafes - was roasted within 25 miles of the Empire State Building, according to Schoenholt.

The surge in coffee cafes began in the 1980s and 90s with Coopers Coffee, Oren's Daily Roast, New World Coffee, and Timothy's World Coffee. A lot of the cafe culture came from the West Coast; in fact; that’s where Oren Bloostein, who opened Oren’s Daily Roast in 1986, got the idea to sell brewed coffee from.

His first three New York stores sold both beans and brewed coffee, but the business in them was focused around the beans. It wasn’t until his fourth store that the brewed coffee became the primary seller.

“Starbucks helped change the landscape in terms of what people were expecting from a place that sold coffee,” Bloostein said.

After that, the idea for cafes centered around coffee caught on quickly.

“New York needs coffee,” Bloostein said. “New York operates at a faster pace than any other city in the country and coffee helps fuel that.”

Cafes selling specialty coffee made from beans that meet certain standards have begun to boom in the last decade or so. Specialty coffee consumption tripled from 2000 to 2015, according to National Coffee Association data.

The specialty coffee business in particular has surged because people care more about where things come from and how they’re made than they used to, said Specialty Coffee Association of America Executive Director Ric Rinehart.

“We want to know where these things come from, that they are safely and thoughtfully produced, and that they are a reasonable part of our lifestyle choices,” Rinehart said. “Coffee has gone from a commodity item of no particular provenance to a specialty beverage deeply connected to a sense of place.”

One local specialty coffee seller, Cafe Grumpy based in Greenpoint, is a relative newcomer, especially compared to Gillies. Grumpy, which came into the spotlight after being featured in an episode of ‘Girls,’ was co-founded by husband-wife duo Caroline Bell and Chris Timbrell.

Bell didn’t feel like there was a place in the city where she could get a really good cup of coffee, so she and her husband decided to launch their own business in 2005. Now the company roasts about 1,000 pounds of beans in Brooklyn every day and they’re on the verge of opening their eighth location.

New York is a prime location for coffee bars because of the walking culture in the city, Bell said. People walking down the street have cups of coffee in hand because it’s easy to stop into a cafe. The cafes have been able to take over real estate from retail stores that shuttered their doors because of online competition.

“You can order coffee online, but you can’t have someone make you an espresso online,” Bell said.

Looking for a great cup of coffee? Try one of the spots on the map below: