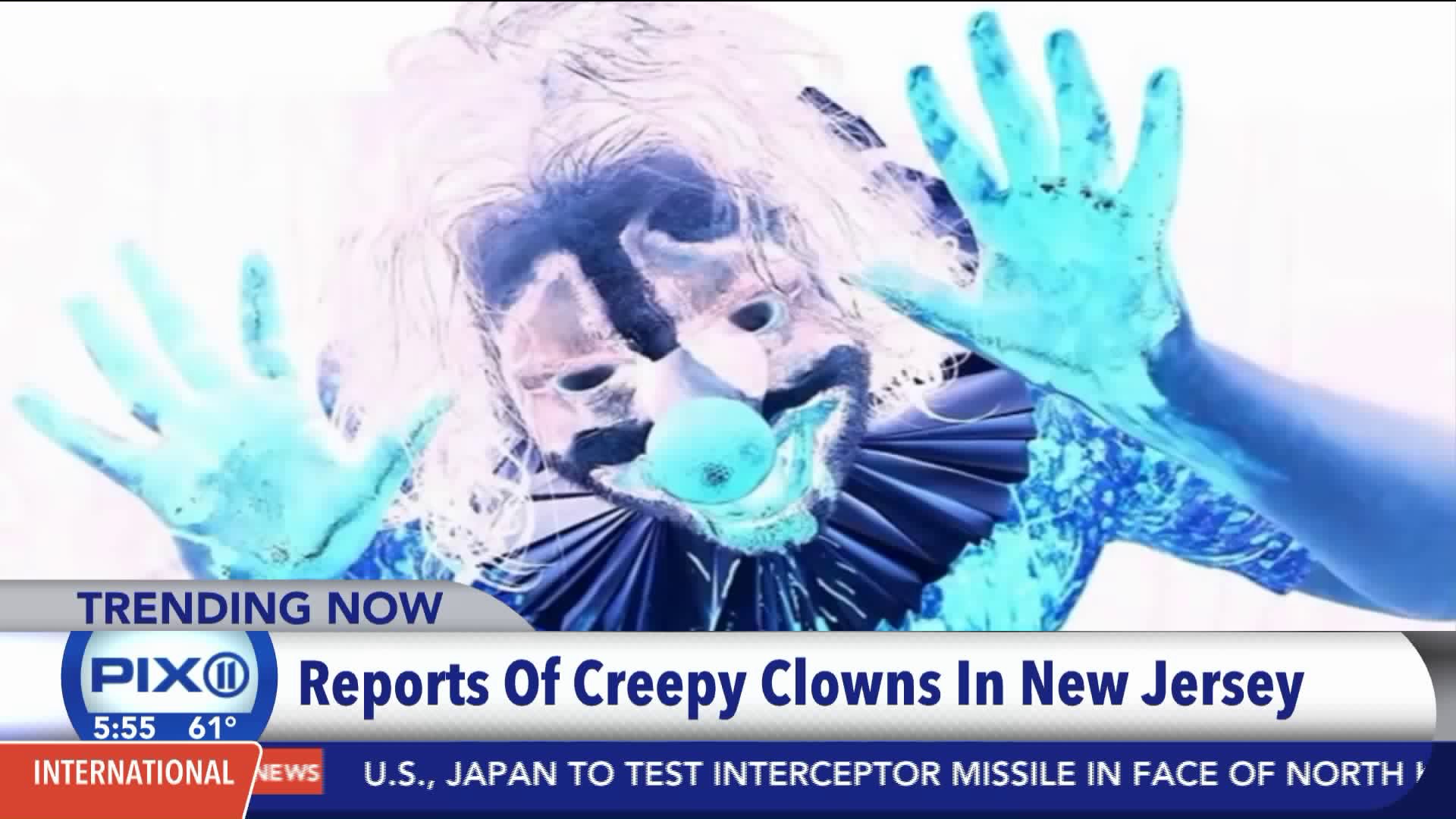 NEW JERSEY — Authorities are urging residents to stay calm and be aware of their surroundings after reports of creepy clown sightings in New Jersey in the past two days.

The clown sightings, which were initially seen in North Carolina and South Carolina, began happening in Phillipsburg, N.J. on Sunday and Monday.

Police said there have been four reports. Three clowns allegedly emerged from the woods in Walters Park and chased a boy on Sunday about 8 p.m., police told NJ.com. However, the clowns were nowhere to be found when police checked the area.

In Warren County on Monday, an individual was allegedly dressed as a clown on Hudson Street, and later another jester was seen holding a sword-like item and running after a child. Another report also said a truck with clowns hanging out the window was seen driving down Mercer Street about 9:30 p.m., NJ.com reported.

The creepy sightings are making their way into Pennsylvania. On the same day, a group of children near an elementary school in Easton, Pa. told police three people dressed as clowns chased them. But when police arrived at the scene, there were no clowns.

The New Jersey State Police had already warned residents of possible clown sightings in the beginning of September.

In a Facebook message posted on Sept. 7, New Jersey State police warned parents to be on the lookout since school is back in session and children are more likely to walk to and from school and home when they're alone.

They provided a few tips for parents, including telling their children to keep a safe distance from strangers asking for directions, telling them to scream and kick if a stranger grabs them, and asking them to walk in groups.

But after new reports emerged in the area, police said pranksters may be trying to imitate the rash of sighting in other states.