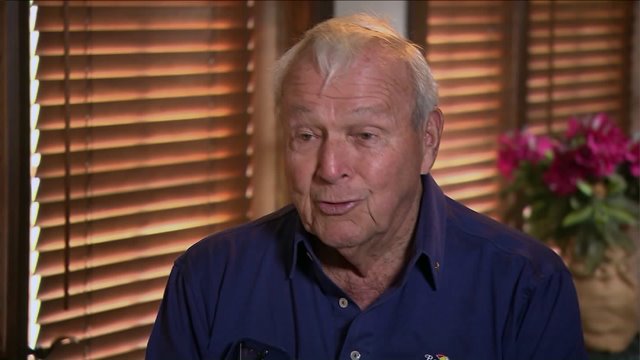 We are deeply saddened by the death of Arnold Palmer, golf's greatest ambassador, at age 87. https://t.co/iQmGtseNN1—
(@USGA) September 26, 2016

"We are deeply saddened by the death of Arnold Palmer, golf's greatest ambassador, at age 87," the tweet read.

Arnold Palmer has passed away at 87 years old. Rest in peace, Arnie. You are forever a legend in golf and in life.

The circumstances surrounding his death were not immediately clear.

Palmer was inducted into the World Golf Hall of Fame in 1974. He remained active until 2006.

He became the first person to win four times at the Masters.

He is survived by his wife Kathleen "Kit" Gawthrop, two daughters and a grandson.