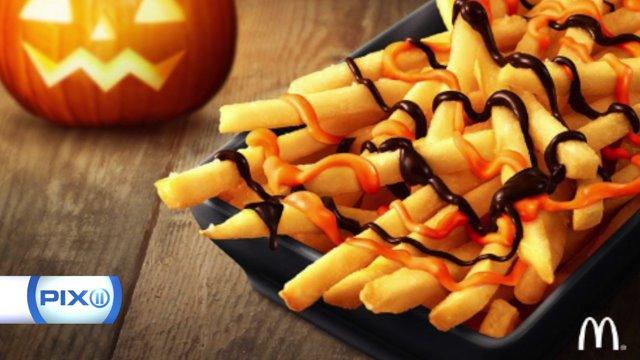 It's officially fall, and now the season for pumpkin spiced everything!

Forget coffee -- that's so 5 years ago. Now it's all about random pumpkin spiced foods.

The fast food chain -- which started serving up its pumpkin spiced coffee drinks ahead of Starbucks to get a jump on the pumpkin craze -- will be dishing out the fries only in Japan. The fries are covered in chocolate and pumpkin-flavored orange sauce.

General Mills jumped on the bandwagon, releasing its limited edition pumpkin spiced Cheerios, which are made with pumpkin puree.