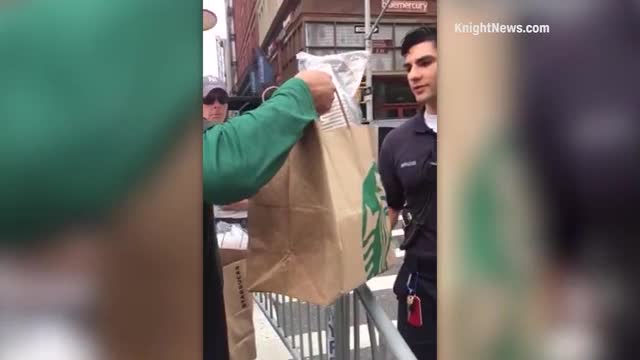 CHELSEA, Manhattan — A Starbucks barista's act of kindness in the wake of the Chelsea explosions has gone viral.

A 33-second clip posted by KnightNews.com Sunday shows the barista handing out cups of coffee to first responders at the explosion site.

“I want to give y’all some coffee and some pastries,” the man identified as Jermaine says while handing bags over barricades Sunday afternoon.

“I wish I could give a little more,” Jermaine told the officers, who were greatly appreciative of the gesture.

The video, titled "Act of Kindness" has been viewed 11 million times as of 8 p.m., Monday.

Twenty-nine people were injured when a bomb exploded Saturday night on 23rd Street.

A second explosive device was found on 26th Street. That device was safely removed and detonated.