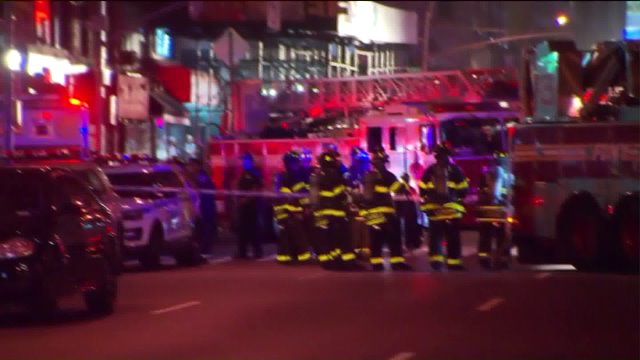 Orangetheory, located at 124 W. 23rd St., released three videos, one from inside and two from outside, showing the moments surrounding the explosion.

The company released a statement Sunday afternoon on their Facebook page.

"Due to the explosion, Orangetheory Fitness Chelsea is closed and will re-open as soon as possible. Fortunately there were no injuries to our members, coaches or staff, and our thoughts and prayers are with those who were affected. We are working with local authorities to help as much as possible to determine what happened," the statement read.

The explosion shook the bustling neighborhood Saturday night in what police are calling "an act of terrorism."

It was one of four eerily similar incidents to hit the tri-state area on Saturday including a pipe-bomb explosion in Seaside Park, N.J. The NYPD recovered two suspicious devices after the Chelsea explosion.

Police do not have a suspect at this time.