How street closures, transit delays will affect your Monday commute after Chelsea explosion 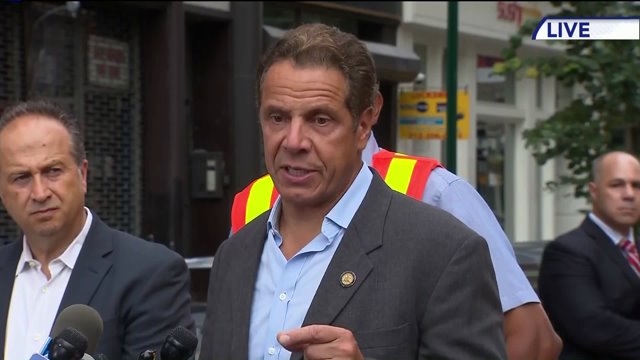 NEW YORK — A day after an explosion rocked the bustling neighborhood of Chelsea Saturday night and injured 29 people, heavy police presence remained in the area due to an ongoing investigation, causing subway delays and street closures that threaten to snarl Monday's rush-hour commute.

Commuters should allow extra travel time due to some subway entrances being closed while the FBI continues its investigation, Gov. Andrew Cuomo advised.

The Chelsea explosion, which occurred in front of 135 W. 23rd St. between Sixth and Seventh avenues, injured 29 people — all of whom were released from the hospital by Sunday morning. Investigators, however, continue to canvass the area in hopes of discovering clues that will help them find whoever is responsible.

Police are also continuing to survey the area at West 23rd Street between Sixth and Seventh avenues and at West 27th Street — four blocks from the initial blast— where a second device, a pressure cooker, was found and removed.

Street closures as of Sunday evening include West 23rd Street between Fifth and Seventh avenues, and Sixth Avenue between West 14th and West 25th streets, according to NYC's emergency notification system .

The 1, 2, E and F lines are bypassing the 23rd and 28th street stops. The MTA has advised travelers to allow additional travel time. As an alternative use the A or C line.

M5, M7 and M23 buses are detoured in both directions:

Check here for latest developments on the MTA.

PATH service to the World Trade Center is operating on a normal schedule, but bus shuttle service remains suspended in both directions.

The MTA will post any developments, and Chief Joseph Fox plans to tweet subway station updates at 7 a.m. Monday.