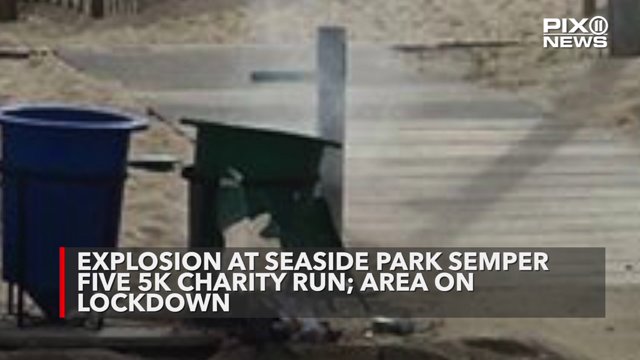 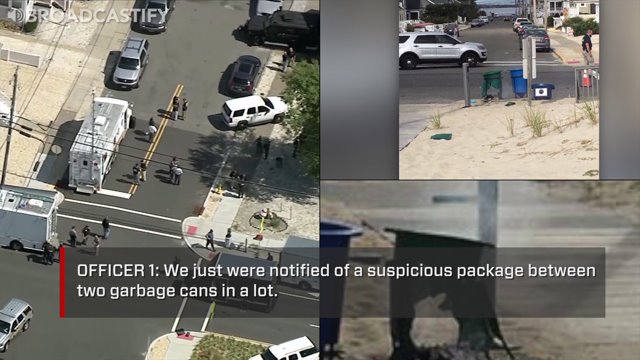 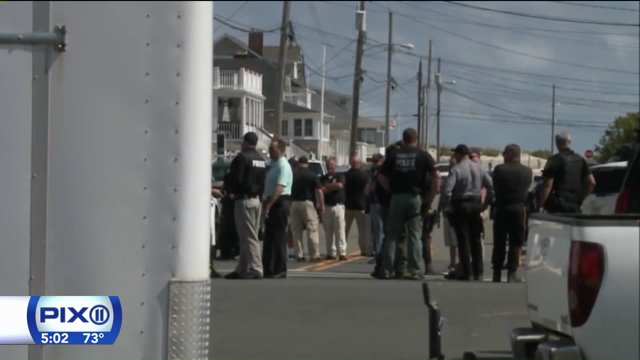 The device exploded about 9:30 a.m. at D Street and Ocean Avenue, according to the Ocean County Prosecutor's Spokesman Al Della Fave.

“The New Jersey state police bomb squad has moved in and got a closer look. They found that there was one pipe bomb-styled device that went off that was actually connected to several other devices," Della Fave said Saturday afternoon.

The other devices did not go off and bomb technicians have "rendered safe" the items. No one was injured and no structures were damaged.

The FBI has since taken over the investigation.

Shortly after the explosion was heard, an officer called dispatch and said, "I got some type of explosion that occurred on Ocean Avenue at D Street inside of a garbage can."

The race, which was scheduled to begin at 9 a.m., was canceled after the blast. The start of the race had already been delayed after an unattended backpack was found. The boardwalk was cleared as police arrived at the scene.

The Ocean County Sheriff's Department later announced the 39th Annual "Festival of the Sea" in Point Pleasant Beach was canceled.

Earlier reports indicated that there may have been a second device near the scene. However, officials checked nearby garbage cans and found no additional explosives, the New Jersey Attorney General said in a statement.

Ocean Avenue between C and E streets remain closed to the public hours after the incident. Only residents with proper ID can access the area. Evacuated residents were also allowed to return to their homes at 6 p.m.

Ayleen Sanchez-Hernandez, a Junior at Jackson Liberty High School, was participating in the 1 Mile Fun Run, the race that takes place before the Semper Five 5K Charity Run, when she and her friends heard the explosion.

"I thought maybe it was a gunshot, but it was louder than that," Sanchez-Hernandez told PIX11 News. “I was scared, I was freaking out.”

The explosion has also placed the NYPD Counterterrorism Unit on alert. The department tweeted it is "closely monitoring the [Seaside Park] incident."

Officials say runners had been scheduled to pass by the area around the time the blast occurred.

PIX11's Digital Producer Katherine Lam and the Associated Press contributed to this report.