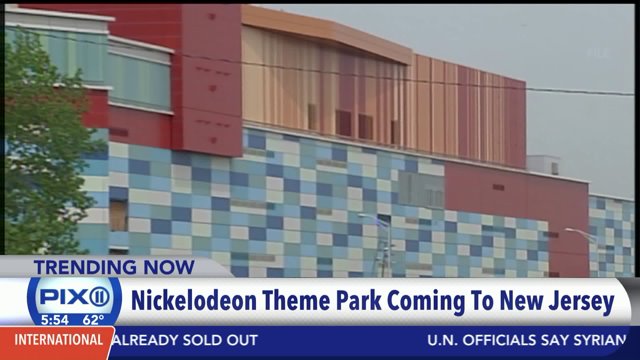 Editor’s Note: The park is set to open on Oct. 25. Ticketing information is available here.

EAST RUTHERFORD, N.J. — SpongeBob SquarePants may live in a pineapple under the sea, but he'll have a new home in New Jersey soon at Nickelodeon Universe: the largest indoor theme park on the continent.

The 8.5 acre park will feature rides and attractions centered around iconic Nickelodeon characters including SpongeBob and Teenage Mutant Ninja Turtles.

Nickelodeon is joining with Triple Five Group of Companies for the theme park at American Dream, a massive shopping and recreation center in New Jersey.

"Based on the success we have seen with Nickelodeon Universe at Mall of America we are excited to bring the number one entertainment brand for kids to American Dream," said Triple Five President Don Ghermezian.

Everyone - from infants to adults - can relate to something Nickelodeon, Ghermezian said.

The world's largest indoor-theme park is in Dubai.