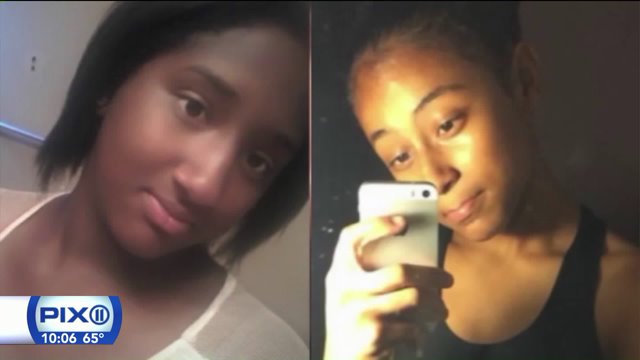 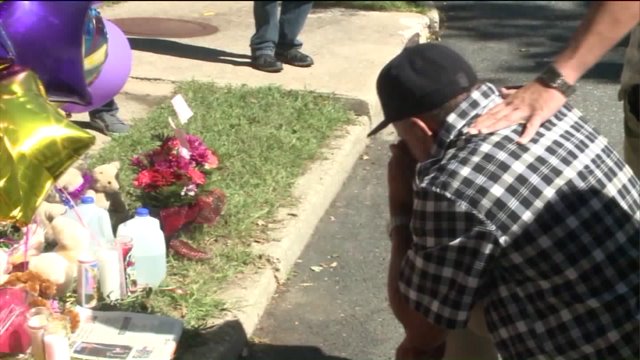 BRENTWOOD, Long Island — The families of two teenage friends who were killed in an apparent act of gang violence in Brentwood came together Thursday in a show of unity and strength.

Still, their daughters' killers have yet to be found, so police are taking extra measures and offering a $5,000 reward for information that leads to an arrest.

Around 4:45 p.m., the parents of Nisa Mickens, 15, joined the parents of Kayla Cuevas, 16, at a large and growing makeshift memorial on Stahley Street. Joining them were dozens of residents in the community.

"They have to understand that they've taken our family," Rob Mickens, Nisa's father, said at the memorial filled with candles, cards, balloons and basketballs — his deceased daughter's favorite sport.

"We've come together in unity," Elizabeth Alvarado, Mickens' mother, said. "I somehow manage to stay strong," she said. "I think it's the girls, because they'd want it that way."

Alvarado stood shoulder to shoulder with the mother of Kayla Cuevas, as they prayed, cried and held each other. Cuevas' mother did not speak publicly.

Kayla Cuevas (left) was found dead on Sept. 14 in the backyard of a home. Her friend, Nisa Mickens (right), was found the night before on the street near Brentwood High school. Investigators said both teens died from blunt force trauma. (Facebook)

Meanwhile, officials confirmed Thursday that they'd made a positive identification of Cuevas. She'd been found by a homeowner Wednesday, around 5:15 p.m., in a wooded area behind his house. It was about 50 yards from where Mickens' body was found on the side of the road on Stahley Street Tuesday around 8:35 p.m. It would have been her 16th birthday the next day.

Both had suffered severe blunt force trauma and lacerations on their bodies, according to police on Thursday. They also said that neither showed signs of sexual abuse.

Police urged anyone, regardless of criminal history or immigration status, to come forward.

"This is an act of savagery in our community. We need to work together to bring the perpetrators to justice," Suffolk County Police Commissioner Tim Sini said in a news conference Thursday.

He added that members of the Suffolk County Police Department are working closely with federal task force members who specialize in gang violence.