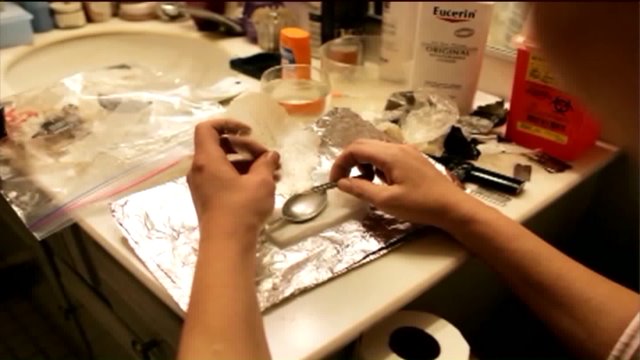 The Staten Island District Attorney says it's a middle-class problem.

McMahon showed PIX11 a map of all the suspected heroin overdose deaths so far this year on Staten Island.

The neighborhoods they've occurred in from Rose Bank to New Dorp and Tottenville.

McMahon says it's not necessarily a bad batch of heroin, just a stronger variety that is causing these deaths.

Last week six alleged heroin dealers were nabbed in operation Beach boys named after South Beach where the drugs were allegedly sold. But so far, these busts are having no effect on the number of fatal overdoses.

"It knows no boundaries, all ages, all races, all incomes," said Dr. Phyllis Cureton, program director of Daytop Village. "It started with pills and it leads to Heroin."

At drug treatments centers across the island, addiction specialists are alarmed by the number of heroin overdose deaths. There have been 70 deaths so far this year and that number is expected to climb.

"People have to start talking about the problem," Alicia Reddy, Focus on Addiction Angel specialist told PIX11. "We had one brave mother who came forward and talked about her son's addiction, which killed him. I commend her for that."