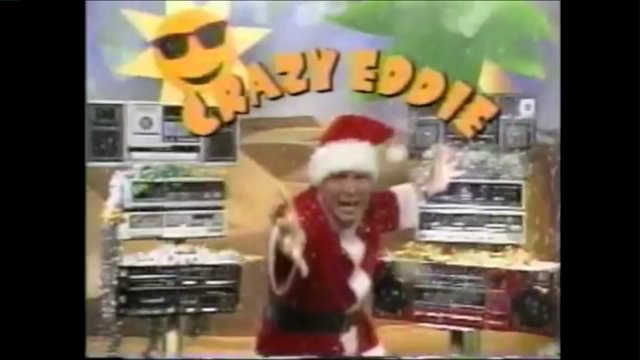 OCEAN TOWNSHIP, N.J. — The man who turned the "Crazy Eddie" electronics stores into a retail giant before it collapsed amid federal fraud charges has died. Eddie Antar was 68.

The Bloomfield-Cooper funeral home in Ocean Township confirmed Sunday that Antar died on Saturday. But a cause of death wasn't disclosed.

The "Crazy Eddie" chain was known for its ads featuring a maniacal pitchman who touted that "Our prices are insane!"

Popular New York disc jockey Jerry Carroll became the face of Crazy Eddie through his overly enthusiastic performance in commercials, and was often mistaken for Eddie himself.

The Daily Record reports that at the height of Crazy Eddie's success, Carroll had a higher recognition rating among New Yorkers than three-term Mayor Ed Koch.

"Crazy Eddie" commercials became so popular that they began appearing throughout pop culture. The commercials were featured in movies including Tom Hanks comedy "Splash" and on an episode of "Saturday Night Live."

Antar was a private man, and often attended his grand openings without anyone knowing he was the real "Crazy Eddie."

Antar started with a store in Brooklyn, and the chain eventually grew into 43 stores in four states. But he fled to Israel after being indicted on securities fraud and insider trading charges.

Eddie Antar, right, once known as "Crazy Eddie," New York's electronics king, is led by an Israeli police detective 25 June 1992 for a remand hearing after his arrest yesterday. Antar, long sought by the United States for borrowing 53 million USD from unsuspecting investors, has lived in Israel for the past years under a new name. (Photo credit should read SVEN NACKSTRAND/AFP/Getty Images)

He was extradited back to the United States in 1993 and was convicted on racketeering and stock fraud charges. But that was overturned on appeal in 1995.

Referred to as the "Darth Vader of Retail" by U.S. Security of Homeland Security Michael Chertoff, Antar became synonymous with white-collar crime. The Daily Record reports the government recovered more than $120 million from Antar's family accounts and assets.

PIX11 Digital Producer Alyssa Zauderer and The Associated Press contributed to this report.