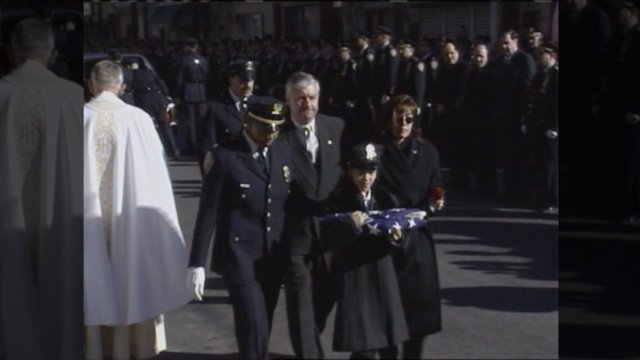 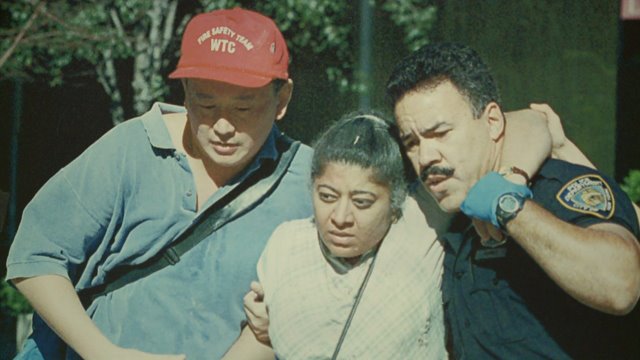 “He was on Delancey Street and Essex [Street]. He was at his post and he heard the call over the radio. From there he ran to take a taxi. He took a taxi to help others that day,” his daughter, Jillian Suarez said.

His heroic efforts were captured in several photographs. Suarez carried out a woman who collapsed from asthma and countless others at the north tower, when it collapsed.

The World Trade Center would be his final assignment.

“That was him for sure, he always was about saving people and that’s why he wanted to be a police officer,” Suarez said.

She knew her father was at the World Trade Center making rescues.

“I heard my mom over the phone say that my father was missing,” noticing the panic in her mother’s voice, “I just ran to my room, I dropped down and I just prayed,” Jillian said.

“Prayed for him to come home. Prayed that everything was fine and I’ll have him back home with us.”

Suarez died in the mezzanine between the towers rescuing a woman unable to escape on her own.

“It took three months for them to find him and I think it really hit me when my mom had told me that day when they found him that he wasn’t coming home,” Jillian said.

Suarez was posthumously awarded the NYPD Medal of Honor and 9/11 Heroes Medal of Valor by President George W. Bush for sacrificing his life to help people escape the unimaginable horror.

In the years that followed, Jillian grew up unable to speak about what happened.

“For 10 years, I said that he died from a heart attack,” she recalled.

“It’s not easy to constantly go through the memorials and know and hear your father’s name on that list of all those who passed away.”

Jillian Suarez is pictured with her father Ramon.

At her father’s funeral, officers in their dress blues filled a broad Queens street. Then police commissioner Bernard Kerik called Suarez “the Police Department at its best.”

Jillian held the flag that draped her father’s coffin and wore his patrolman’s cap as she walked towards the hearse that carried the veteran officer.

Today, Jillian is a graduate of St. Johns University, working at the NYPD Forensics Lab. She’s waiting to enter the police academy.

“I always saw his passion in the job and how he loved wearing that uniform and I want to be able to help others the way he did,” Jillian said.

A plaque dedicated to Suarez inside Transit District 4 in Union Square.

Her father’s heroic efforts are display throughout Transit District 4 in Union Square, where he worked. A show of respect to ensure that no one forgets what he did on that fateful day.

“I can’t wait to get that shield. I hope I do,” Jillian said.