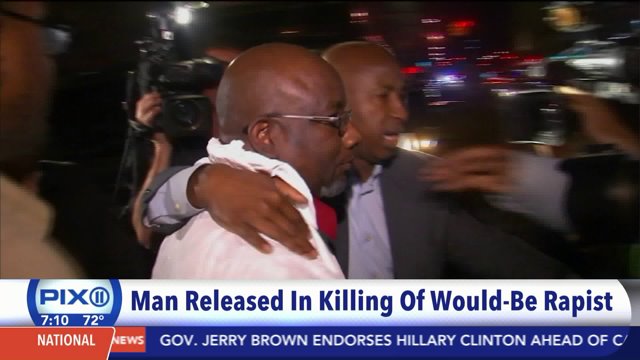 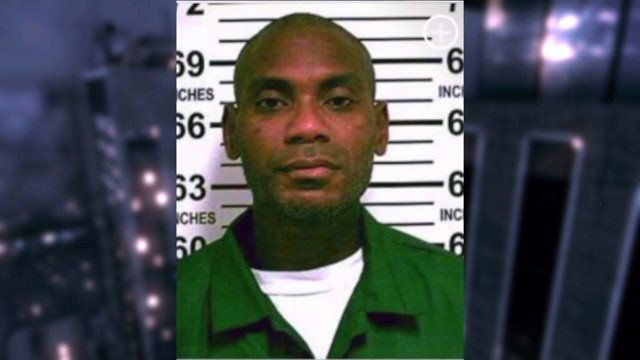 THE BRONX — Charges were dropped Wednesday against a 61-year-old Bronx man who beat to death a man who had attacked his wife and attempted to rape her, according to the District Attorney's Office.

Mamadou Diallo, center, is seen leaving jail on May 31, 2016, after being arrested for allegedly killing a man who attacked his wife. (PIX11)

Mamadou Diallo was facing multiple charges in the May 30 death of 43-year-old Earl Nash, who investigators said waited for Diallo to leave his apartment before forcing his way in and assaulting his wife.

“This case was a tragedy for all whose lives intersected in that Bronx building," District Attorney Darcel Clark said in a statement. “We waited for three months for the autopsy results, and after a thorough investigation as well as discussions with the deceased’s family we have determined that no grand jury action is warranted."

Nash is accused of pulling the woman's pants down, ripping off her clothing, beating her and attempting to rape her after Diallo left the apartment, according to investigators.

She fought back and called her husband, saying she was being raped, investigators said.

Diallo then equipped himself with a tire iron and confronted Nash — who had fled the unit — in an elevator, the DA said.

"Diallo’s wife was brutally assaulted in her home by Earl Nash," Clark said. "Diallo rushed to save her and struck Nash with a tire iron as he tried to escape."

Nash suffered blunt force trauma to his head, torso and upper extremities, and was determined to be suffering from acute cocaine intoxication, hypertensive and atherosclerotic cardiovascular disease at the time of his death, the medical examiner determined.

His cause of death was ruled a homicide, because the medical examiner found it was caused by the actions of another person, the DA said.

Within days of the incident, Nash’s nephew told PIX11 News that his uncle was schizophrenic, and may have seemed “off,” but was not violent.

But on Wednesday, representatives of the Nash family offered a statement in support of dropping charges against Diallo.

“We truly believe that both the Nash and the Diallo family have suffered a great deal of pain. ... While we cannot undo the damage that was done that evening, we hope to bring some closure not only to our family but to the Diallo family as well," a statement sent to the DA read, in part.

Diallo was first released on his own recognizance within days of the incident. Several people disagreed with his arrest, and he was greeted by applause when he left the jail.

A statement was not immediately available from the Diallo family following Wednesday's decision.