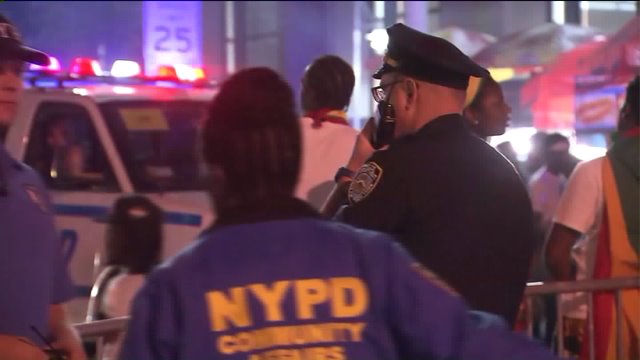 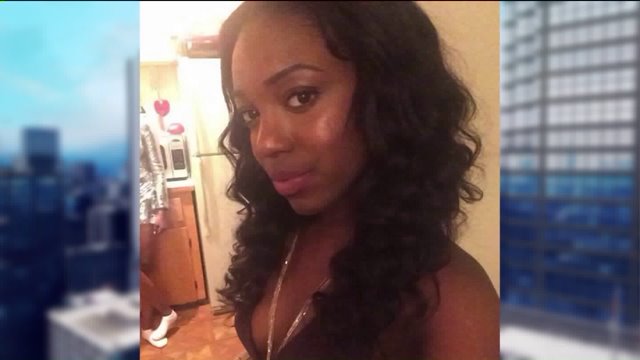 CROWN HEIGHTS, Brooklyn — A Brooklyn man has been charged with murder in the fatal shooting of a 22-year-old woman at this year's J’Ouvert celebration in Brooklyn, and the search for the person who killed a teenager earlier that night continues, police announced Tuesday.

Tiarah Poyau, 22, and Tyreke Borel, 17, were gunned down in separate shootings during the overnight celebration Monday. Four others, including two additional gunshot victims, were injured when violence broke out along the bustling parade route.

Poyau, a St. John's University student described as a "stellar person" with “no issues in her life what so ever,” was shot around 4 a.m. near Washington Avenue and Empire Boulevard, NYPD Chief Robert Boyce said at a Tuesday news conference.

She had attended the event with three girlfriends and was separated from them by about 20 feet when a shot rang out, he said. She was struck in the face and later pronounced dead at the hospital.

Regenald Moise, 20, was arrested hours later and charged with murder, criminal possession of a weapon and reckless endangerment.

Following the initial shooting, Boyce said Moise called a friend and asked to stash his gun at her Crown Heights home.

Once he arrived at the residence, Moise allegedly fired two rounds for unknown reasons, breaking a mirror and cutting his hand. Sometime after the initial shooting he is also accused of crashing an unspecific three-wheeled vehicle into three others.

Moise was apparently intoxicated when he was initially detained in connection to these two incidents, and he had a Caribbean flag wrapped around his hand acting as a bandage — something investigators immediately took note of, Boyce said.

Investigators then sent shell casings found at the Crown Heights home to a lab, and discovered the casings matched those found at the J'Ouvert scene, Boyce said.

A friend of Moise's also allegedly told investigators the 20-year-old had admitted: "I think I shot somebody on the parade route. I didn’t know the gun was loaded.”

Moise is the only arrest made thus far in Monday's deadly incidents, and investigators are continuing to piece together what happened to 17-year-old Borel.

“We don’t know a lot about this yet,” Boyce said of the incident, adding that the teen had arrived at the celebration with friends, but they left and he was alone when he was struck.

Borel managed to get himself to a bench after being shot, then lost consciousness, Boyce said.

The teen was transported to a hospital for apparent overdose or heavy intoxication before medics realized he had suffered a gunshot wound to the chest, according to the chief. He was pronounced dead at the hospital.

Investigators are now in contact with his distraught mother in an effort to speak with the friends he initially traveled to the event with.

Police on Monday said Poyau and Borel are not believed to have been the intended targets.

Borel and a 72-year-old woman who survived the incident were the first to be shot at the festival.

By the end of the morning, two more people had been shot — Poyau and a man who suffered a gunshot wound to the leg — in two additional incidents.

City officials are now working to not only solve Monday’s crimes, but determine what can be done to prevent violence at next year’s celebration.

J’Ouvert has been marred by deadly incidents in the past, including the fatal shooting of Carey Gabay, aide to Gov. Andrew Cuomo, last year.