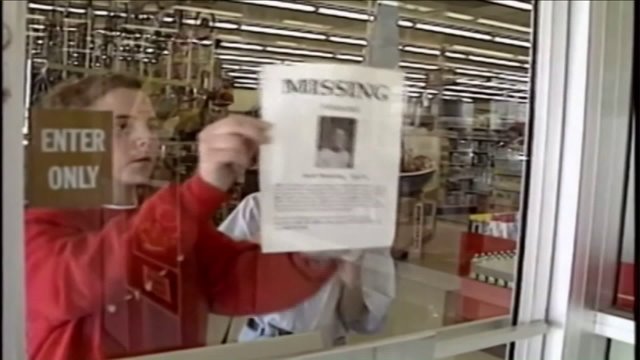 The remains of Jacob Wetterling, a Minnesota boy abducted from a rural road 27 years ago, have been found, the Stearns County Sheriff's Office said Saturday in a news release.

"The Ramsey County Medical Examiner and a forensic odontologist identified the remains as Wetterling's earlier today," the release said.

The release didn't say if anybody has been charged. The sheriff's office said investigators will evaluate new evidence and "expect to be in a position to provide more detailed information early next week."

The abduction of the 11-year-old boy led to the 1994 Jacob Wetterling Crimes Against Children and Sexually Violent Offender Registration Act, which requires states to maintain sex offender registries and guidelines.

Unnamed sources told CNN affiliate WCCO and the Minneapolis Star Tribune newspaper that a suspect in Wetterling's disappearance led the FBI to remains that are now being tested for DNA.

Patty Wetterling, Jacob's mother who became an advocate for families of missing children, told CNN in a text, "Our hearts are broken. There are no words." She declined further comment.

Jacob disappeared on a dark road in central Minnesota on the night of October 22, 1989.

Jacob had been at home with his two younger siblings, Trevor, 10, and Carmen, 8, and Jacob's friend Aaron Larsen, 11, while Patty and Jerry Wetterling attended a dinner party about 20 minutes away.

Wetterling, who lived in rural St. Joseph, his brother and a friend were coming home from a convenience store on bikes and a scooter when a man wearing a stocking mask and holding a gun approached.

The man asked the boys their ages, grabbed Jacob and told the others to run into the woods or else he'd shoot, Jacob's father has said, recounting what his other son told police.

The case garnered worldwide attention and was recently featured on the CNN series "The Hunt with John Walsh."

As news of the disappearance spread, FBI agents and National Guard troops descended on St. Joseph to aid in the search.

Tens of thousands of tips surfaced in the weeks that followed, but none led to an arrest or, until now, discovery of the boy's remains.

Investigators interviewed Heinrich about Jacob's disappearance, according to Andrew M. Luger, the U.S. attorney for Minnesota. Heinrich denied any involvement in the disappearance, authorities said.

At that time, no charges were filed in the Wetterling case.

Since her son's kidnapping, Patty Wetterling helped create the sex offender registry for Minnesota and subsequently for the nation.

"Most parents know nothing about child abduction, so when it happens you just scramble for what's out there," Wetterling said in 2014.

Jacob would have turned 38 in February.

"Jacob was a fun, active, athletic, kind, 11-year-old boy who loved peanut butter and football," his mother wrote in 2014. "He was most known for his sense of fairness."

Minnesota Gov. Mark Dayton issued a statement saying, "Today, we continue to offer our love and support, as the Wetterling family finally brings their son home to rest."

The Jacob Wetterling Resource Center, a foundation that provides education on the exploitation of children, said Saturday: "We are in deep grief. We didn't want Jacob's story to end this way."