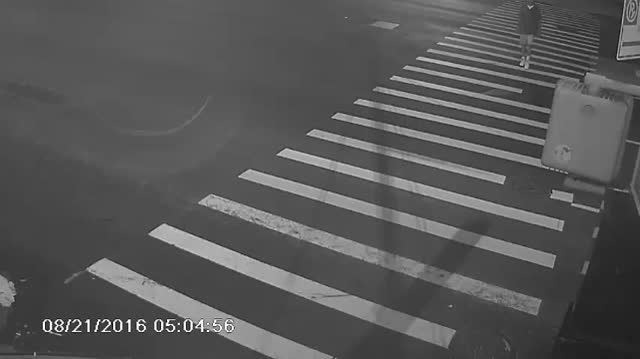 BEDFORD-STUYVESANT, Brooklyn — Police are asking for the public's help Friday in identifying a man in connection with an attempted rape that occurred in Bedford-Stuyvesant last month.

New surveillance photos and videos show the man police believe is responsible for the crime.

Early in the morning on Aug. 21, the victim was walking when the man allegedly ran past her and then turned back around toward her with a knife and demanded that she follow him.

He then allegedly took her into an alleyway at 19 Louis Place, pulled her pants down and licked her genitals, police said. He then fondled her breasts and buttocks.

Before running from the scene, the man took her cellphone, according to police.

He is described as being between 30 and 40 years old, between 5-feet 6-inches and 5-feet 7-inches tall and weighs around 190 pounds.

At the time of the incident, he had a mustache. He was last seen wearing blue shorts and a brown shirt.

He can be seen in surveillance video and photos obtained by police and released to the public, along with a sketch.

If you have any information related to this incident, submit tips to police by calling Crime Stoppers at 1-800-577-TIPS (8477), visiting www.nypdcrimestoppers.com, or texting 274637 (CRIMES) then entering TIP577.