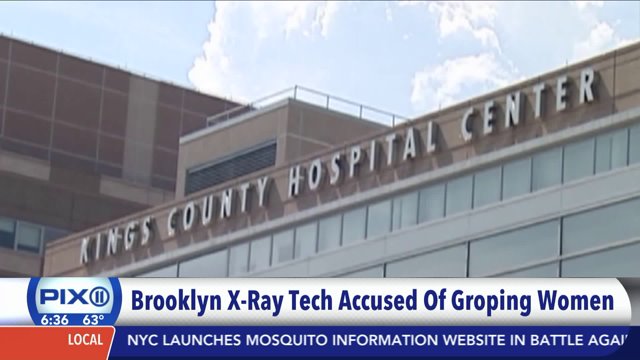 Larry Jones, 65, was charged with forcible touching, criminal sexual act and sexual abuse during his Sunday arraignment, according to the King's County District Attorney.

Jones allegedly pulled down one woman's underwear during a Saturday X-ray around 12:20 p.m., according to court documents. He put his fingers into her vagina without her consent. It was not medically necessary.

Several hours later around 5:30 p.m., Jones allegedly pushed aside another woman's underwear and put his fingers into her vagina without her consent, court documents show. It was not medically necessary in this incident either.

“We are committed to the safety of our patients, have zero tolerance for such behavior and consider this a very serious allegation," NYC Health and Hospitals and Kings County said in a joint statement. "Our hospital police acted swiftly in response to the patient’s complaint and we immediately terminated the individual."