Sculptor of Naked Trump: Why I turned against The Donald 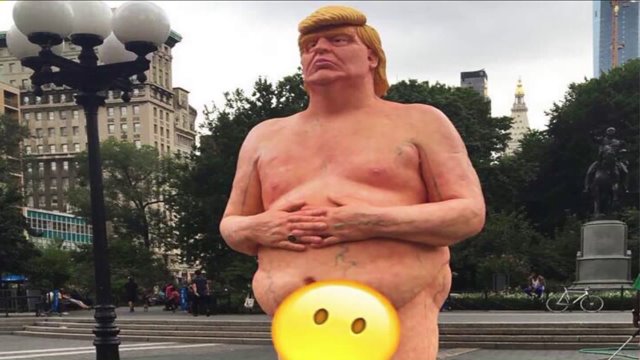 NEW YORK – The sculptor, a former Trump supporter, who designed the now famous statues of a naked Donald Trump seen across the U.S. revealed to PIX11 why he turned against the Republican presidential nominee.

Joshua Monroe, who is also known as Ginger, designed and sculpted pieces. Once upon a time, he believed in The Donald but pointed out when things got sour.

“The final straw for me was when he made fun of the reporter that has the disability,” he said.

Five life-sized statues of Trump were placed in cities across the country Thursday morning with the theme of Donald Trump as an emperor without clothes, making reference to a Hans Christian Andersen tale of a dishonest leader.

One of the Trump statues was placed in Union Square. Pedestrians posed for photos with Trump’s nude likeness.

When the protest group INDECLINE called Ginger and asked him to build the statue he was happy to. It was a labor of love.

The original mold, “weighs about 700lbs and he was very difficult to work on,” Ginger said.

Also outside Trump Tower Thursday, a person dressed as Donald Duck protested, calling on Donald Trump to release his taxes.

There was no response from the Trump campaign Thursday to the statues.