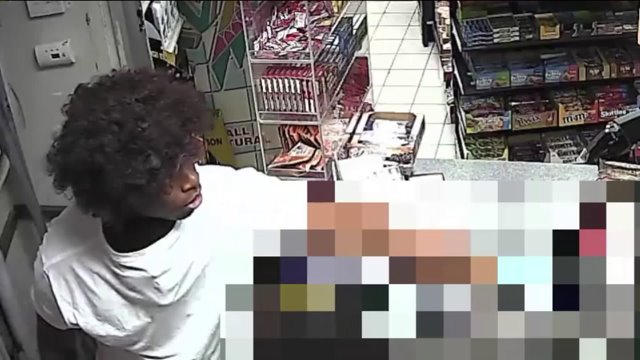 TREMONT, Bronx – Surveillance video captured an armed man with a wig stick up a Shell gas station in the Bronx Tuesday.

The scary attack happened on Webster Avenue in the Tremont section of the borough, police said.

Police said the man displayed his handgun and demanded cash from the 57-year-old clerk. He complied and gave the culprit $700 cash from the register and three packs of Newport cigarettes, according to police.

The thief fled northbound on Webster Avenue on foot.