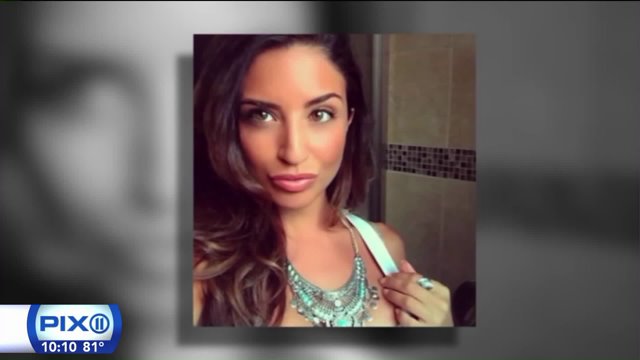 HOWARD BEACH, Queens -- Exactly two weeks after Karina Vetrano's body was found in a park near her home, 1,000 family, friends and neighbors gathered for a walk in Howard Beach in a memorial tribute to the 30-year-old woman.

Vetrano went jogging in broad daylight August 2, and never returned home. Her father later found her lifeless body. She had been strangled and raped.

Those joining the walk carried white and purple balloons, one with the words, "Karina, You were an inspiration to us. We love you. Rest in peace."

They walked ever so slowly along the mile-long route, young and old, and children too young to understand. Along the way there were chants of "What do we want? Justice for Karina."

The victim's distraught mother, Cathie, again called out to Vetrano's killer, "disgusting slime, impotent coward," and declared, "You will be caught!"

Her husband, Phil, joined in, "There's $100,000 waiting for anyone who can lead police to the killer, no questions asked." The money is part of an almost $250,000 fund the family has raised for charities and scholarships in Vetrano's name. Although police have collected DNA evidence, her killer still hasn't been caught.

The walk ended at St Helen's Roman Catholic Church where funeral services were previously held for Karina. After a moment of silence, family and friends released the balloons into the evening sky.

Clarification: Mother Cathie Vetrano’s name was initially spelled incorrectly, due to an error on a GoFundMe page. It has since been fixed.