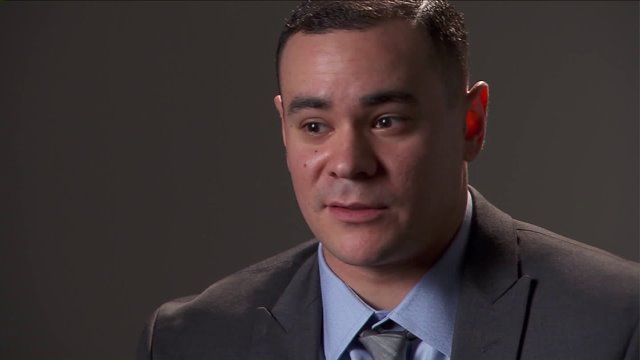 NEW YORK — For many returning veterans, getting a college education is a priority. But paying for it isn’t always easy.

That’s why PIX11 has partnered with the Veterans Education Challenge (VEC). It’s an organization dedicated to sending U.S. military vets to college, and provides them with needed scholarships that the GI Bill does not cover.

We share the story of U.S. Army Reservist Jonathan Rosario who appreciates college not only for the knowledge he has gained in his chosen field of information technology, but also for how it has helped him with post traumatic stress.

Rosario had been suffering from PTSD, Post Traumatic Stress Disorder. The symptoms surfaced when he returned home following a four year active duty tour in the military.

“I didn’t really communicate with a lot of people cause I felt like I didn’t have anything in common with them,“ the 30-year-old man from Staten Island said. “I kept to myself, quiet, only did what I had to do.”

The attacks on Sept. 11, and his father, a police captain who worked tirelessly in the recovery effort at Ground Zero, motivated Jonathan to join the U.S. Army years later.

“I just wanted to be a part of something that was bigger than myself,” he said.

Jonathan had two years of college under his belt when he enlisted in the army as an infantryman with the 101st Airborne Division. He was deployed to Afghanistan for nine months, and among other duties, helped train the Afghan National Army in security.

Soon after his service ended in 2014, Jonathan enrolled at Pace University where he spoke weekly to a social worker for his PTSD.

“I was able to talk to him about how I felt. It was easier for me. That’s what helped me in the transition, to going to those meetings and being with veterans at school,” he said.

School is something Jonathan does not take for granted. He’s pursuing a bachelor’s degree in information technology, with a concentration in cybersecurity. His education is 100 percent covered by the post 9/11 G.I. Bill.

“My education, being financed by the government, allowed me to get opportunities I wouldn’t have gotten before I was in the military,” he said.