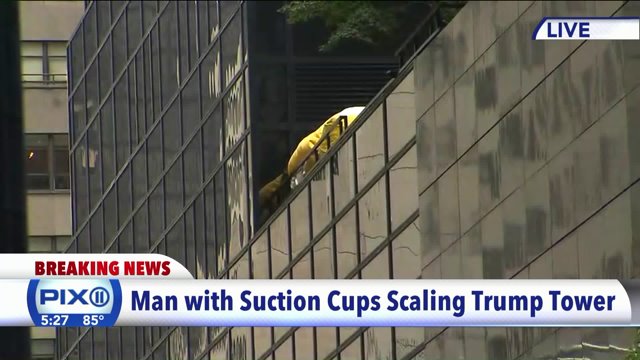 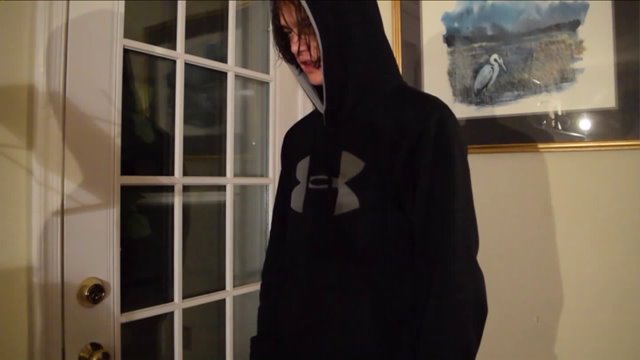 The video, titled "Message to Mr. Trump (why I climbed your tower) was uploaded to YouTube Tuesday.

The authenticity of the video has not been confirmed, but was widely shared Wednesday afternoon.

In the video, the man apologizes for his appearance as he'd "rather not be recognizable."

The man says he's an independent researcher seeking a meeting with Donald Trump regarding an important matter.

"Believe me, if my purpose was not significant, I would not risk my life pursuing it," the man says.

He then goes on to say that the reason he climbed the tower was to get Trump's attention.

"If I had sought this through conventional means, I would be much less likely to have success because you are a busy man with many responsibilities," he says.

At the end of the minute-long video, the man tells people to get out and vote from Trump in the 2016 election.

Police sources say the man climbing the tower is named Steve and he's from Virginia. He told police he was planning to climb to the top of the tower.

Police hauled the man into the building from a window after nearly three hours.

The man was taken from the scene in an ambulance.

Charges against him are pending.

Trump tweeted Wednesday night applauding the NYPD for their actions.

Great job today by the NYPD in protecting the people and saving the climber.