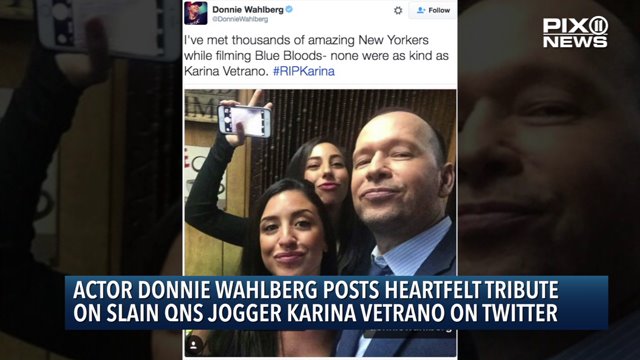 "I've met thousands of amazing New Yorkers while filming Blue Bloods, none were as kind as Vetrano," Wahlberg, who stars for the New York City-based CBS drama "Blue Bloods," wrote on Twitter Saturday.

"To those lucky enough to be walking the face of the earth today-- cherish every moment, feel every breath & respect every other human being," he added.

Vetrano was sexually assaulted and strangled when she went on a run in a marshland near her Howard Beach home on Aug. 2. Her father, along with police, found her body a few hours later.

The NYPD is still looking for her killer and is offering up to a $10,000 reward for clues.