Days ahead of the 2016 Olympics, Rio is still a mess 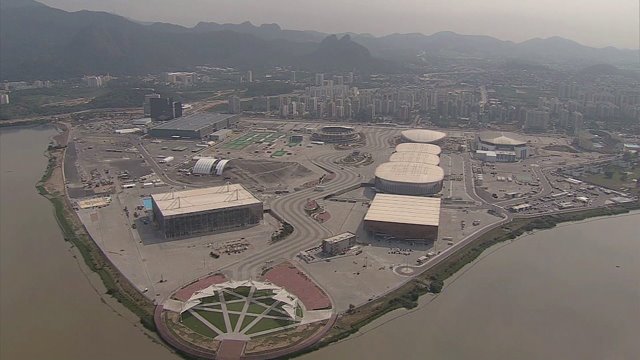 RIO DE JANEIRO — It was seven years ago when Rio de Janeiro won its bid to host the 2016 Olympics.

The pressure was on for Brazil to impress the world.

Seven years later, everything that could’ve gone wrong – has.

In its bid, Brazil promised to clean up its notoriously dirty water but if you take a dip into Rio’s waters today, you’ll not only find raw sewage but according to scientists super bacteria.

The highest levels of the dreaded “super bug” has been found on the shores of Guanabara Bay – the site of the Olympic sailing event.

German sailor Erik Heil blamed the bacteria-infested waters for a skin infection he got while training.

If it’s not the water that’s freaking some out – it’s the mosquitos. Brazil is the epicenter for the Zika pandemic.

As many as 1,700 children have already been born with Zika-related birth defects.

It’s one of the reasons why athletes like Tejay van Garderen are staying away.

"Honestly, if my wife wasn't pregnant right now, I would be going to Rio,” the cyclist told CNN. “I mean, my biggest concern is for the baby on the way.”

With the games just days away, a vital metro system for access to Olympic Park is still not complete and just this past weekend, an Olympic sailing ramp collapsed.

To make matters worse, athletes arriving and checking into the Olympic Athlete’s Village are being met with less than satisfactory living conditions.

Between backed up toilets, tiny beds and no shower curtains, problems that are being documented with the #IOCLuxuryLodging, Australian athletes reported being robbed after they were evacuated from their building when a small fire broke out. Laptops and Zika protective team shirts were stolen.

"Don't come here expecting that everything here will be perfect,” he recently told reporters. “We live in a country that has economic crisis, a country with lots of inequality, with all the problems that we've seen, but the city will be much better than it was when we got the games."