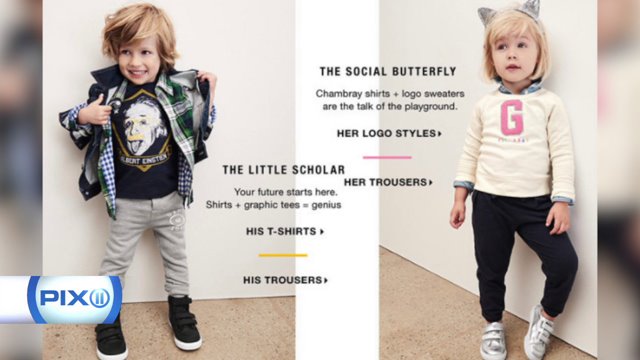 A new UKGap kids ad is coming under fire not just because it spelled "Einstein" wrong, but because many feel the ad itself is sexist.

The ad shows a girl dressed in kitten ears described as the "social butterfly," whereas a boy is called "the little scholar."

Twitter user @psychscientists called attention to the ad on social media, which has garnered scores of comments from users who believe the ad is promoting gender stereotypes.

One person wrote, "It's 2016 we have skills and productivity crisis, and UK Gap is perpetuating gender stereotypes."

Ruth tweeted, "My daughter and son both love to have genius ideas -- please don't limit them."

So far no comment from the Gap on the backlash.