Five percent of Americans would vote for Harambe for president: Poll 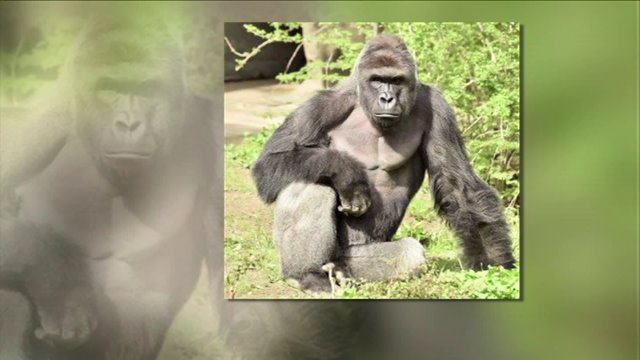 NEW YORK — A new survey from Public Policy Polling found that in a general election matchup, five percent of Americans would vote for Harambe, the endangered gorilla that was shot and killed in May after carrying a 4-year-old around inside his habitat at the Cincinnati Zoo.

Harambe holds his own at five percent, in third place behind Hillary Clinton at 48 percent and Donald Trump at 43 percent.

Four percent of voters were not sure who they would cast their vote for in the presidential election.

Participants were also asked about their overall opinion of Harambe.

Participants were also asked about their general opinion of Harambe. (Screenshot)

Despite his third place finish in presidential polls, only five percent of participants have a favorable opinion of the slain gorilla.

PPP also asked participants if they thought Clinton had ties to the dark lord himself, Lucifer.

Participants were asked if they thought Democratic candidate Hillary Clinton has ties to Lucifer. (Screenshot)

18 percent of voters think Clinton is involved with the underworld, and 21 percent aren't quite sure whom she's pledged her loyalty to.