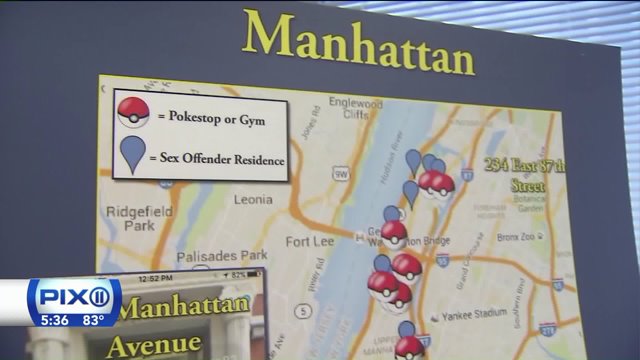 ALBANY, N.Y. — It's a modern day scavenger hunt and while some say Pokemon Go is a great way to get kids out of the house, it is also posing a potential risk to them.

New York State Senators Jeff Klein and Diane Savino believe it may be sending children in New York right into the arms of level 2 and level 3 sexual predators.

It's alarming to think about, but Klein and Savino said a two-week long investigation conducted by their own staffers looked at more than 100 level 2 and level 3 sex offenders.

These were individuals on parole, repeat offenders and those known to have committed crimes against children.

As a result, they are proposing two pieces of legislation.

One would target existing laws that prevent sexual offenders from being on social media and expand wording to include games like Pokemon Go.

A second piece of law would address game makers — like Niantic Inc. in the case of Pokemon Go — to police themselves and cross check the national database of sex offenders and make sure pokestops do not coincide with those addresses.

PIX11 News reached out to Niantic for comment, but did not receive a response.