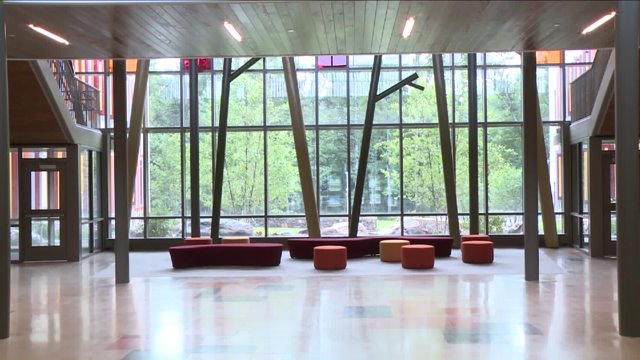 NEWTOWN, Conn. — The public was given its first glimpse Friday of the Connecticut school built to replace the one where 20 first-graders and six educators were massacred.

The old Sandy Hook Elementary School was torn down following the gunman's rampage in December 2012.

The new $50 million, 86,000-square-foot school was built on the same property but not in the old footprint, and is scheduled to open in August.

A media tour will precede a public open house on Friday.

The district hopes that allowing everyone to look at the school this week will give students a "quiet, respectful, and appropriate opening as teachers and students return to the new school year" on Aug. 29, superintendent Joseph Erardi said.