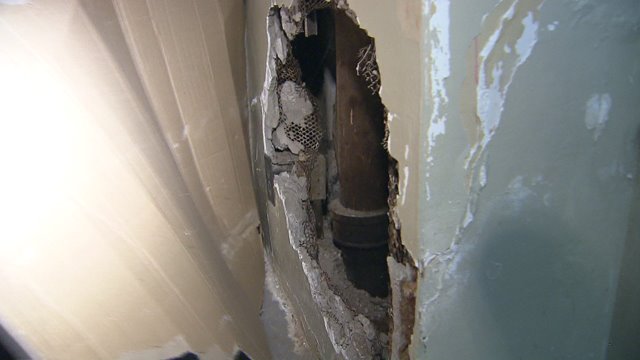 EAST NEW YORK, Brooklyn — An East New York woman served our country and fought for our freedom — now she is fighting the New York City Housing Authority to make repairs to her apartment.

Samantha Melville reached out to PIX11 News for help. A pipe in her apartment at the Linden Houses burst a few months ago.

The Housing Authority made the necessary repairs, but never replaced the wall.

"To say it's not an emergency and cover it with cardboard, it's disrespectful," Melville, with tears in her eyes, told PIX11 News. She sat on her bed, just feet away from the gaping hole attracting rodents and bugs.

Melville was active duty in the army for four years and is currently a reservist at Ft. Hamilton. She has two children.

A NYCHA spokesperson said in a statement to PIX11 News:

"NYCHA will work with the resident to get this issue addressed as soon as possible. We regret the inconvenience this has caused.”

If you have a story you can email Monica Morales at monica@pix11.com.