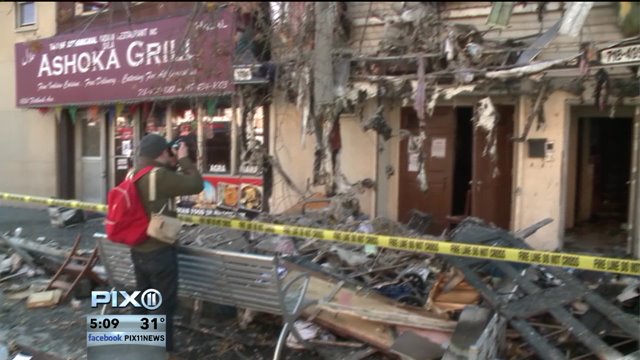 Early Wednesday morning, flames ripped through the upstairs apartments and a church on the ground floor of a building on Flatbush Avenue and Faragut Road in Brooklyn. 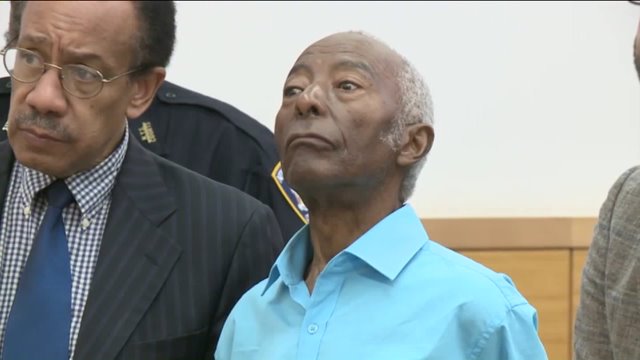 FLATBUSH, Brooklyn -- A Brooklyn pastor and owner of an illegally subdivided Flatbush apartment building was indicted Thursday on manslaughter and other charges for a fatal fire in 2014 that left one tenant dead and nine others, including four children, injured.

Rev. Luckner Lorient, 78, of East Flatbush, is a local pastor who'd once been commended by the state senate for his ministry, but, by contrast, the city government has cited him dozens of times over the years for severe fire code violations that he lied about rectifying, according to prosecutors.

Those uncorrected violations, fire and legal officials claim, led to a massive blaze at one of the buildings on Flatbush Avenue that the pastor owns, which killed one man and injured 14 others, at least a half dozen critically.

On Thursday, Rev. Lorient faced a judge in the case from which he's allegedly been on the run for many months.

Lorient was brought into the Brooklyn Supreme Court courtroom straight from Miami. That's where he'd been intercepted by officers after spending most of the year on the run, according to prosecutors.

"He's a flight risk," said Brooklyn Assistant District Attorney Samantha Magnani in court. She added that Lorient is being sued by various former tenants, as well as the family of Jeff Frederic, his former tenant who died in the Nov. 19, 2014 fire.

On Nov. 19, 2014, shortly after 12:30 a.m., the apartment building was destroyed by a fire after an overloaded electrical circuit caused a water cooler on the second floor to ignite.

The fire spread quickly, coursing through the second and third floors. Twenty of the 23 tenants were home at the time, most of them sleeping.

"Twice in the past year, he has evaded [scheduled appearances] in the civil cases" associated with his criminal case, the prosecutor said.

She went on to say that Rev. Lorient's church was on the first floor of the building that had burned, 1434 Flatbush Avenue, but that the two small floors above it were packed with 23 residents.

Lorient had illegally subdivided the floors into multiple small apartments, according to city records.

Typically, apartments that size are referred to as single resident occupancy apartments, or SROs, but in the case of Lorient's building, the apartments were filled with mostly elderly people or young, single mothers with small children.

At least one child was critically injured in the blaze.

The fire killed resident Jeff Frederic, 24. His sister, Geraldine Darbouze, spoke with PIX11 News in a phone interview about her and her family's loss.

"I do hold [Lorient] accountable for the death of my brother," she said. "He took away my brother."

Prosecutors echoed that message in court, saying that the pastor of Eglise Baptist Clarte church ignored the safety needs of his tenants who'd lived upstairs from the sanctuary.

"The people complained repeatedly to this defendant," said the prosecutor, "to fix problems in the building."

Her boss, District Attorney Ken Thompson, also released a statement saying that "there were power strips and multiple extension cords in every room, and stretched into hallways, and electrical outages due to overloads were a common occurrence."

The statement, which was also written with the city's fire and buildings commissioners, said that Lorient's willful neglect led to the tragedy that struck his building and killed Frederic, injured others and, as Fire Commissioner Daniel Nigro said in a statement, put the safety of dozens of firefighters at risk.

They ended up rescuing and reviving at least a half dozen of the building's residents, who were rendered unconscious from smoke inhalation and burns.

For his part, Rev. Lorient did not speak in court. However, his attorney, Russ Kofman, entered a not guilty plea on Lorient's behalf and told the judge, "This 78-year-old is in front of court for the first time ever."

That fact, that Lorient has no criminal record, did not stop the judge from requiring $1 million bail on charges of second-degree manslaughter, criminally negligent homicide, second-degree reckless endangerment, third-degree assault and endangering the welfare of a child.

The pastor was apparently able to post the bail amount by putting up his other two Brooklyn properties as collateral. Those buildings, according to prosecutors, also have dozens of fire code violations and are lacking building insurance as well.

Rev. Lorient's next court appearance is scheduled for Aug. 10.