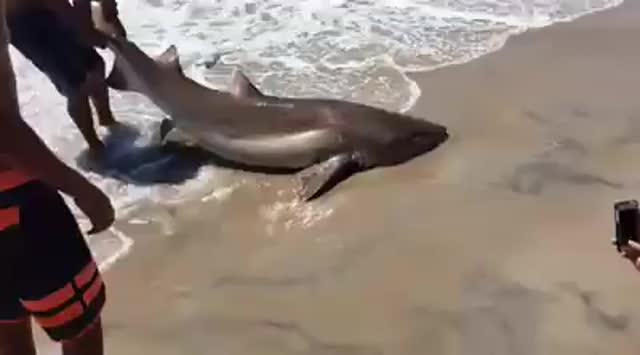 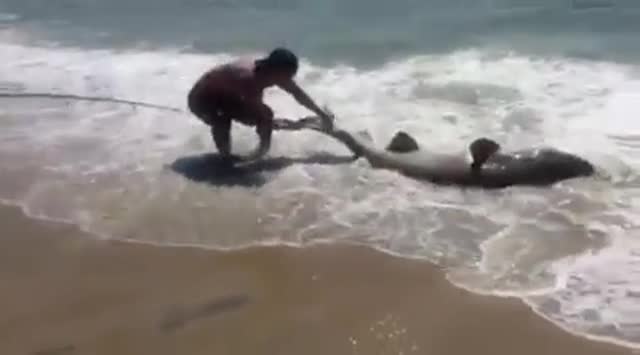 LONG BEACH ISLAND, N.J. — He's only 13, but he's already reeled in the catch of a lifetime.

Gianni Mandile, a seasoned fisher of 10 years, was on the beach with his dad Joe on Sunday when he hooked a massive shark weighing about 250 pounds.

The pair fished at the Long Beach Island Shore all day Saturday and into Sunday, but it wasn't looking like a good weekend for hauls, Joe Mandile said.

The father set up and baited some large rods around 7:30 a.m. Sunday, and then he and his son settled in with some smaller rods to reel in some fish. About five hours later, one of the bigger rods started shaking. Mandile sent his son over to take a look.

"Over the years he's surpassed me with fishing," Mandile said.

Gianni knows so much about fishing, his proud father said, that he can tell what he's hooked by the feel of the rod in his hands.

"I think it's a big shark," Gianni shouted to his dad.

Mandile disagreed. He thought it must be a string ray or a smaller shark hooked on its side instead of through the mouth, but Gianni was sure.

Gianni held the shark on the line for 30 minutes, Mandile said. His dad coached him through it all, suggesting times to let the line out and times to reel the haul in. Crowds of beachgoers gathered around them to watch.

Mandile jumped into the water and grabbed the shark when it was close enough. There was no way he was letting it go, he said.

The pair posed for pictures with the shark on the beach and then released it. The family has a catch and release policy; they don't kill or keep any of the fish they catch.

After, Mandile had a 210-pound man lay down on the beach so he could try to pull him and figure out how much the shark weighed. Mandile was able to drag the man 4-feet through the sand, but was barely able to move the shark, he said. Gianni weighs just 90 pounds.

He may have already caught the catch of a lifetime, but Gianni isn't ready to retire his rod and reel.