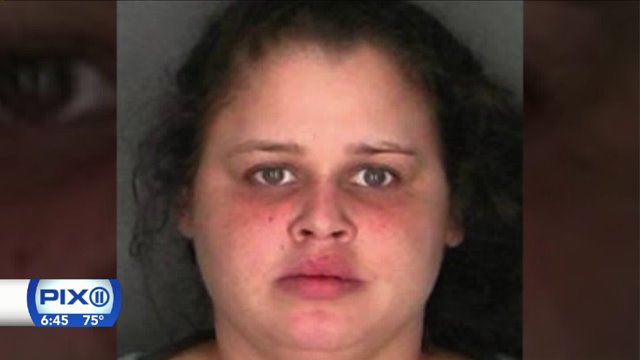 Mari Gilbert was fatally stabbed by her own daughter, Sarra, according to the Gilbert family. John Ray is now being asked to defend Sarra Gilbert in the murder of her mother.

“She started to hear voices and hallucinate a few years ago,” Ray said of 27-year-old Sarra Gilbert, speaking to PIX11 by phone from Ellenville, after meeting with Sarra’s sisters, Sherre and Stevie. “She was in and out of psychiatric hospitals since 2014. I don’t know why she was out.”

Ray met Mari Gilbert, after Gilbert refused to accept the Suffolk County police version of what happened to her daughter, Shannan, in May 2010. Shannan Gilbert, Mari’s eldest daughter, had been advertising as an escort on Craigslist. Her last job was at a house in Oak Beach. In the early hours of May 1, 2010, Shannan Gilbert made frantic calls to 911, screaming into a phone “They’re trying to kill me.” It’s never been clear who Shannan was talking about. One neighbor reported seeing Shannan Gilbert running frantically toward the marsh. The 911 call was never publicly released.

In December 2010, Suffolk police were searching for Shannan Gilbert in a section of Ocean Parkway in nearby Gilgo Beach, when they came upon the remains of four women, all of them wrapped in burlap. It was the beginning of the Long Island Serial Killer investigation, known as LISK. Shannan was not among the victims discovered. Four months later, portions of six other human bodies were found, setting the total number of victims at 10. Some sleuths believe up to 17 people have been killed by the elusive Long Island Serial Killer.

Shannan Gilbert’s body wasn’t found until December 2011, in the Oak Beach marsh, and the official cause of death was listed as drowning. But Shannan’s family didn’t accept this.

Neither did attorney, John Ray.

Baden noted that Gilbert’s hyoid bone was missing and other evidence indicated this was “consistent with homicidal strangulation.” Baden’s letter revealing his findings was released to the media in February 2016. Mari Gilbert and her three, surviving daughters—including Sarra—appeared at a press conference with John Ray on Long Island and all of them spoke. At the time, Sarra Gilbert said, “Shannan was my oldest sister. She is greatly missed.”

The same month, PIX11 has learned, Sarra Gilbert was arrested in Ulster County and charged with endangering the welfare of a child and animal cruelty. A source told PIX11 Sarra Gilbert drowned a puppy in front of her 8-year-old son, took the boy into the woods, and threatened to kill him. These were obvious signs that Gilbert’s struggles were getting worse. In May, Sarra Gilbert was arrested again—this time, for criminal contempt. The source told PIX11 she had violated an ‘order of protection’ secured by her boyfriend.

Now, Sarra Gilbert is facing murder charges. John Ray said the family told him Sarra called her mother Saturday morning. “Sarra invited her mother over to her apartment, because she was hearing voices.” Mari Gilbert didn’t leave the apartment in Ellenville alive.

It was the latest chapter in a tragic family history that began when Mari’s four girls were young. Mari Gilbert struggled with depression, and there were times the girls were placed in foster care.

Mari Gilbert had filed a “wrongful death” lawsuit against Dr. Peter Hackett, formerly of Oak Beach. Gilbert insisted that Dr. Hackett called her shortly after Shannan disappeared, claiming he ran a home for wayward girls and that he’d medicated a distraught Shannan, when she turned up in Oak Beach on May 1, 2010. Hackett initially denied making any calls to Mari Gilbert but phone records indicated otherwise. He’s been deposed three times in the “wrongful death” suit and his lawyer will reportedly move for a dismissal this week. Last fall, when a ‘Crime Watch Daily’ camera crew showed up at the lawyer’s office—after Dr. Hackett gave his third deposition—he collapsed on the ground and said the camera crew had triggered a problem with his defibrillator. He then got off the ground, got into his car, and drove away.

Dr. Hackett has never been charged with any crime connected to the serial killer investigation.

Now, John Ray will be defending Sarra Gilbert in the murder of her mother.

“So, as a lot of you may know, my mother passed away yesterday. She was murdered by my sister, Sarra, who was battling a mental illness for 2 ½ years. I was almost tempted to delete this page for good but I thought about how much dedication my mom and her lawyer John Ray and his team had for Shannan so I will post updates from time to time. My sister Stevie and I are incredibly devastated beyond words as our mother was the backbone of the family. Please only offer encouraging words and support while we manage to get through another difficult time of our lives.”