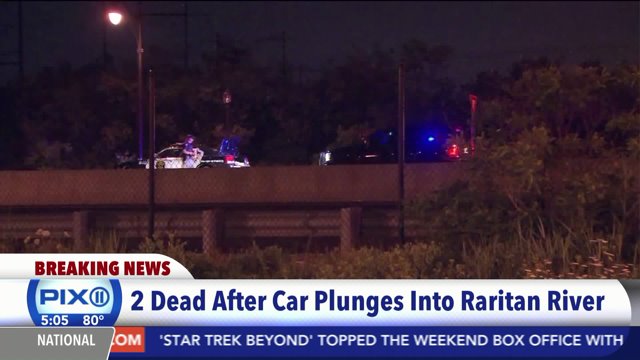 The vehicle fell into the Raritan River in New Brunswick, near the George Street Exit on New Jersey Route 18.

Police say 22-year-old Robert Veras-Toribio of North Brunswick was driving north on Route 18 when his car stuck a guardrail and was partially submerged in the river around 1 a.m. Monday.

He and his passenger, 21-year-old Kelvin Lantigua of New Brunswick, were pronounced dead at the scene, officials said.

The cause of the crash is still under investigation.

The section of Route 18 north was closed for about four hours.

Persicope video on Twitter showed more than a dozen emergency vehicles lining up on the outside lane on NJ-18 in search for passengers just before 2 a.m. on Monday.